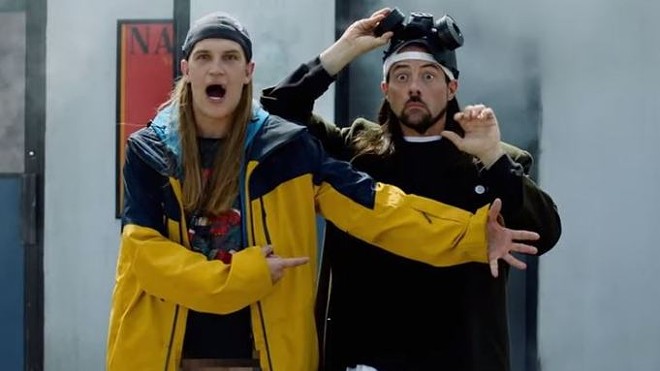 All the Kevin Smith fans stand up because his newest film, Jay and Silent Bob Reboot, will include Orlando in its 600 theater premiere in October.

On October 15 and 17 Orlando theaters such as the AMC 18 in Altamonte Springs and the Regal Pointe on International Drive will screen the newest film about the iconic stoner-comedy duo.

Tickets and the full list of participating theaters can be found at Fathom Events.