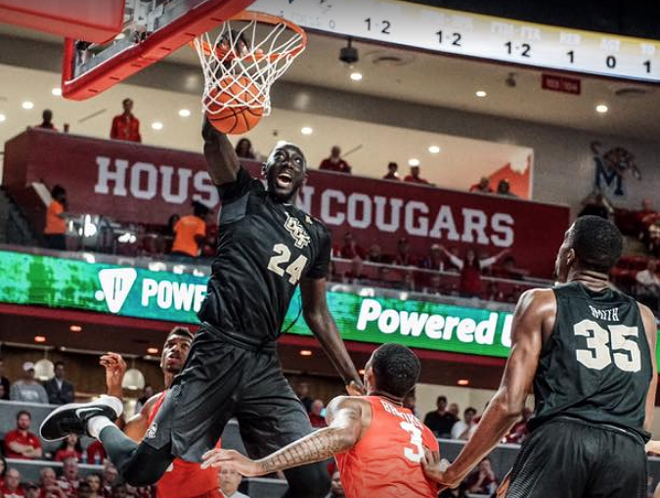 The prodigal Duke University freshman Zion Williamson is at the forefront of most hoops-focused minds after he declared for the NBA Draft this week, but is 7-foot-6-inch UCF center Tacko Fall actually more deserving?

Metta World Peace, the retired pro basketball player formerly known as Ron Artest, thinks so. In fact, he thinks Fall is the future No. 1 overall pick.

"I like how he attacks first instead of figuring out where the little guys are at," Metta World Peace, who won an NBA championship with the Los Angeles Lakers in 2010, wrote on Twitter. "I'm not sure who taught him this, but he will be an [sic] Pro basketball champ one day."


@tackofall99 #1 in the nba draft.
I like how he attacks first instead of figuring out where the little guys are at. I’m not sure who taught him this, but he will be an Pro basketball champ one day. @xvsxsports


Metta World Peace's opinion may be purely based on speculation and hype, however. According to the the NBA Draft website, most analysts project the UCF senior to go toward the end of this year's draft.