Ex-Trump spokesman Sean Spicer is coming to Orlando next week 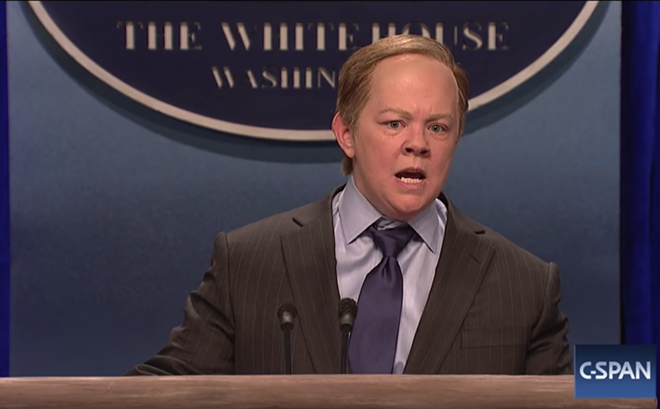 Sean Spicer, the former White House spokesman known best for blatantly lying about the crowd size at President Donald Trump's inauguration and since regretting it, is coming to Orlando on Monday.

Spicer will be speaking and holding a book signing at the Tiger Bay Club of Central Florida on April 8 at 12:30 p.m. at the Citrus Club, 255 S. Orange Ave. Tickets to the event are $40 online and $50 at the door for guests and non-members.

"Before the former White House Press Secretary made his mark as one of the most recognized staffers in the Trump administration, he built a decades-long career in Republican politics, witnessing and shaping the inner workings of Washington, DC, from every vantage point," the Facebook event says. "Few in Washington are as well-equipped as Sean to pull back the curtain and dissect what's really happening in the nation's capital."

Spicer has been making the rounds since last year promoting his book, The Briefing: Politics, the Press, and the President, where he, unfortunately, doesn't teach you how to chew 35 pieces of gum before noon.

Spicer will likely laugh awkwardly at Melissa McCarthy's hilarious portrayal of "Spicey's" press briefings on SNL and talk about his new gig as a correspondent on Extra profiling the personal lives of Trump administration officials and Washington D.C. political insiders (forreal).