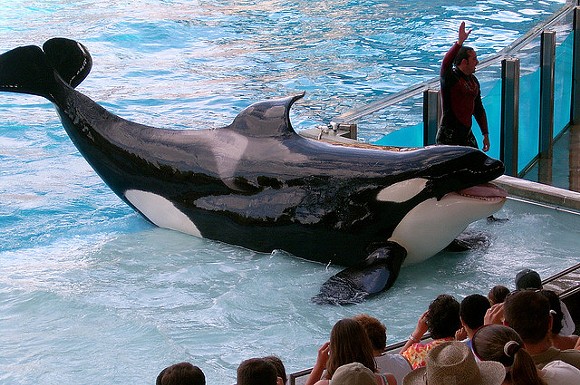 Though the cause of death was not announced, SeaWorld says the orca's health deteriorated over the weekend. After she began showing signs of discomfort Saturday afternoon, officials with SeaWorld began treatment but her condition only worsened Sunday.

"Her veterinarians immediately began treatment based on a physical examination. Unfortunately, her condition worsened on Sunday. Although animal care specialists and veterinarians devoted around the clock attention to Kayla, she did not survive," said the company in a statement.

A postmortem examination is scheduled in the coming days, and a cause of death likely won't be publicly known for weeks.

"While today is a difficult day for all of us at SeaWorld, Kayla inspired generations of guests and employees to care and learn more about this amazing species," said the company.

Kayla was the first killer whale to be born in captivity at SeaWorld San Antonio in 1988. Her mother was Kenau and her father was Orky 2. She was later transferred to the now-shuttered SeaWorld Ohio in 1991, and finally moved to SeaWorld Orlando in 2006.

Most recently, Kayla was also part of the "Killer Whale Up Close Tour" offered to guests at SeaWorld Orlando in September.

Kayla is now the fourth orca to die at a SeaWorld park over the last two years. In August 2017, Kasatka died of lung disease at the San Diego park. In July of 2017, a 3-month-old orca calf, Kyara (who was also the last orca born in captivity) died in San Antonio. Also, in January of 2017, Tilikum (of the now infamous Blackfish documentary) died in Orlando.

Tilikum's cause of death has still yet to be released by the company, and animal advocates have since sued to get the release of the necropsy report public.

SeaWorld announced an end to their controversial breeding program in 2016.