A lift station behind an apartment complex in Mills 50 just spilled another 1,000 gallons of shit into Orlando lakes

A lift station at an Orlando apartment complex with a history of failing recently dropped another 1,000 gallons of sewage into three Orlando lakes.

The City of Orlando has issued Lake Alerts for Lake Formosa, Lake Rowena and Lake Sue after a malfunctioning bypass valve in a private lift station, located at The Gallery at Mills Park apartment complex, resulted in poopy water spilling onto the Urban Trail and the nearby stormwater system.

Though the city says a private contractor has since repaired the damaged valve and cleaned all areas impacted by the spill, there's still a possibility of elevated fecal coliform counts in all three lakes.
click to enlarge 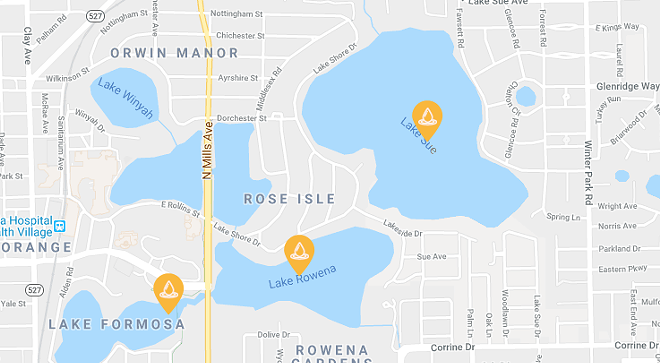 Signs have been posted on the Urban Trail bike path bridge, the shoreline of the Mennello Museum of American Art,  and at Lake Rowena Park, warning people to cease all water contact activities.

The city says it is currently working with the apartment complex to prevent this from happening again.

In the meantime, the City of Orlando's Lake Alert website will be updated once poop levels drop to acceptable State Water Quality Standards.