Trump's limo and a steakhouse: The future of Orlando's Artegon Marketplace is starting to take shape 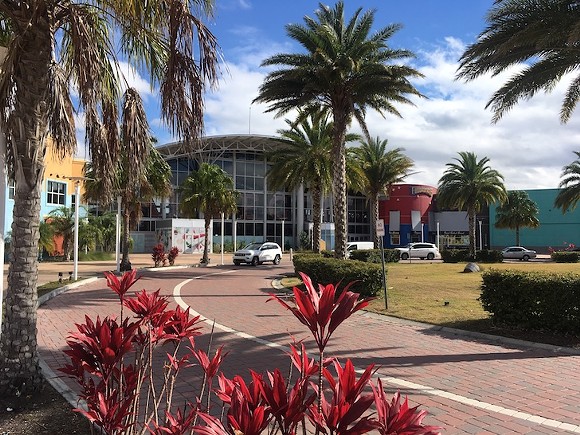 The new goals for Dezerland Auto Mall are rolling out despite a lingering problem with city officials over building permits, which the city claims are still needed for ongoing renovations.

A general manager at Gilson’s first Orlando location on Vineland Avenue said the company is aiming for a Jan. 15 opening. The new steakhouse will occupy space formerly built out for the Toby Keith's I Love This Bar & Grill, near the main mall entrance at 5200 International Drive.

Michael Rich, general manager at the auto museum and dealership, said he believes Dezer is ironing out any remaining permitting issues with the city. “This is a big economic boost to the city. We eventually expect to invest $500 million and employ 200 people,” Rich said.

City records confirm that planning officials at City Hall have approved the Dezer attraction as an “auto dealership” that can operate under the existing zoning that Artegon had, which is a broad “light retail” zoning.

But permits remain a problem, according to a spokeswoman for the city, who provided this statement in an email: “The only open building permit for this location is to remove interior wall partitions. The applicant has still not applied for permits for the building alterations they have done and were cited for by code for doing without permits. They have until Feb. 7 to pull those permits or fines will accrue at $200 per day.”
click to enlarge

Rich says the location will open as a dealership, where people can buy any of the 1,500 collectible cars, in the next few weeks. Cars include replicas or originals used in filming, such as the hearse from the original Ghostbusters movie, a sleek white “Mach 5” car from the Speed Racer movie, and a bright pink Jeep from the Fantasy Island TV series among others. There are plans for entire large rooms dedicated only to James Bond vehicles, or Batman vehicles and even a Flintstones-themed room.

On a recent tour, a new vehicle was visible that highlights Dezer’s connections to President Donald Trump — a Trump-branded black limo, which Rich said was Trumps’s personal vehicle at one time.
click to enlarge

About 20 employees were walking or driving forklifts around the mall interior on the recent weekday. Vehicles were being moved around only on tow ropes. Rich said none of the vehicles have fuel or even batteries in them.

Rich said the snafu with the city happened after Dezer security guards declined to let code enforcement officers into the building on a Saturday shift when management wasn’t around to advise the guards to let them in.

Artegon Marketplace was just purchased by a Trump tower development company
By Colin Wolf and Monivette Cordeiro
Blogs
Rich said city officials agreed to allow the auto attraction under current zoning after he and Dezer Development officials agreed to add certain green elements to the property, like connections to the Shingle Creek walking and biking trail that is currently being extended in the area, and parking areas for electric and self-guided vehicles.
click to enlarge

Artegon, formerly Festival Bay Mall, had seen a string of failed projects over the past decade.

Duncan Dickson, a professor at Rosen College of Hospitality just a few miles away, said the location is plagued by access problems, traffic and an image problem for the northern span of International Drive.

“Someone really needs to streamline the traffic light system between Kirkman Road and the mall,” Dickson said. “There’s just so many lights and stops and turns and bus lanes. Local residents will only go at certain times of the day or week, just to avoid the traffic. There are a lot of other options south on I-Drive.”