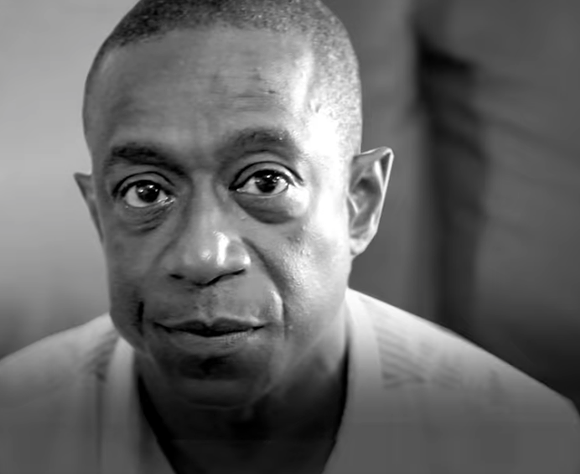 A permanent citizen and Florida resident of a decade, Peter Sean Brown wasn't familiar with Immigrations and Customs Enforcement, much less the U.S. deportation process, until he was unlawfully arrested in April.

What began with Brown reporting to the Monroe County Sheriff's office in Key West for violating probation with a low-level, marijuana-related offense spiraled into police holding him in jail to facilitate his deportation.

The officers' reasoning, according to the American Civil Liberties Union: ICE agents believed Brown was an undocumented immigrant from Jamaica of the same name, even though he reportedly asked to show them his birth certificate, attempted to contact ICE by phone, and asked his manager at work to call the jail to vouch for Brown's legal citizenship.

Brown was born in Philadelphia. In fact, the only time he's ever even visited the island nation was while on a cruise vacation.


Jail officers ignored him entirely. None of them helped him cancel the detainer or even looked into his claims, even though the jail’s own records listed Peter as a U.S. citizen. Many officers even mocked him, telling him in a Jamaican accent that everything was “gonna be alright.” Officers sang him the theme song to the TV show the Fresh Prince of Bel Air—“West Philadelphia born and raised”—after he repeatedly told them he was from Philadelphia and had no ties to Jamaica.


According to the ACLU, officers told Brown that it was their practice to hold everyone that ICE asks for, regardless of the circumstances. Following Brown's filing of a second written complaint, the sheriff's office doubled down and elected to hold him in jail.

"It is not up to us to determine the validity of the ICE hold," the sheriff's office wrote in its response. "That is between you, your attorney and ICE."

As a result, the ACLU, the ACLU of Florida, the Southern Poverty Law Center and Gibon, Dunn & Crutcher LLP filed a lawsuit Monday, arguing that the sheriff's office violated Brown's Fourth Amendment rights.


"The Sheriff’s Office ignored all the indications that it was illegally detaining Mr. Brown. It did nothing to investigate his citizenship. It did not contact ICE to pass along this urgent information, or ask for a review of Mr. Brown’s files. It did not seek any further information from Mr. Brown or anyone else. It simply held Mr. Brown, in violation of his constitutional rights and after he was entitled to release under state law, so that he could be picked up by ICE and deported from the country where he was born and has lived his entire life. If not for the last-minute intervention of a friend who sent a copy of his birth certificate to an ICE agent, Mr. Brown would have been illegally deported because of the Sheriff’s actions."

Brown remained in county jail for weeks before he was transferred to an ICE facility in Miami, according to the ACLU. Only days away from wrongful deportation, ICE finally agreed to look at his birth certificate.

Naturally, because his citizenship was lawful, Brown was released shortly after ICE agents realized the mix-up. However, even in light of the obvious mistake on the agency's part, ICE provided no transportation from Miami to Brown's home in Key West following the incident, the ACLU claims.

"I am and have always been a citizen of the United States," Brown said in a video produced by the ACLU. "I did not realize what ICE was at the time and reading through it I realized it had to do with immigration, and at that point, I made a comment of, 'There must've been a mistake.'"
A spokesperson for ICE declined to comment on pending litigation.