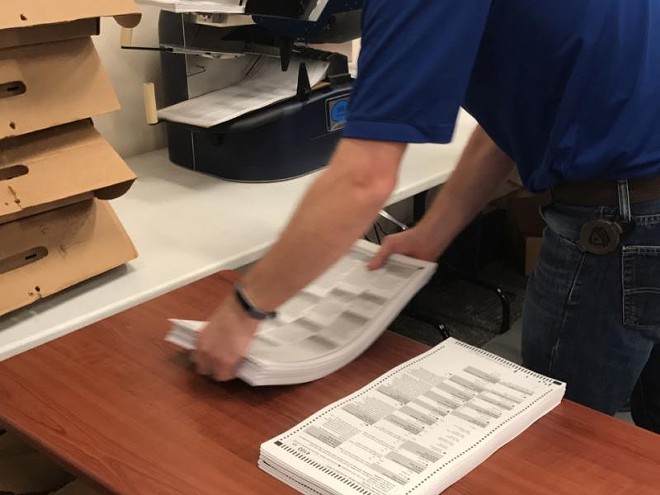 Recounts wrapping up in small and mid-sized counties are showing few changes to initial results in the races for governor, U.S. Senate and agriculture commissioner.

But bigger counties still have until Thursday afternoon to complete the state-mandated recount process.

While political arguments and lawsuits have put the focus of the recount on Palm Beach and Broward counties, Leon County Supervisor of Elections Mark Earley said he doesn’t expect there to be “dramatic changes” in the statewide vote totals.

“That’s what I have seen borne out in most other recounts that I’ve been involved with,” Earley said. “Even in the 2000 recount, we didn’t have a lot of change, Leon County especially.”

Earley said he expects those numbers will be made up by each candidate if a manual recount is called because of undervotes being set apart in machine counting.

In a machine recount, all ballots are fed through voting machines. Ballots with “undervotes” or “overvotes” —- in which voters may have skipped races or made extra marks in races, causing their ballots to be rejected by the machines —- are set aside, or “outstacked.”

Machine recounts were called for the three statewide races because each was within a margin of 0.5 percentage points or less when the unofficial results were posted.

County supervisors of election have until 3 p.m. Thursday to submit their machine recount numbers. Races with margins of 0.25 percentage points or less at that point will go to manual, or hand, recounts.

Florida Division of Elections spokeswoman Sarah Revell said the recount numbers won’t be posted for each county until after the Thursday deadline.

“We will post the second unofficial results all at one time on Florida Election Watch,” Revell said, referring to part of the division’s website.

Scott recount attorney Tim Cerio said that, as of Tuesday afternoon, 25 counties had completed recounting, and the process had started in all but Clay County, where 90,040 ballots were tabulated in the first unofficial totals.