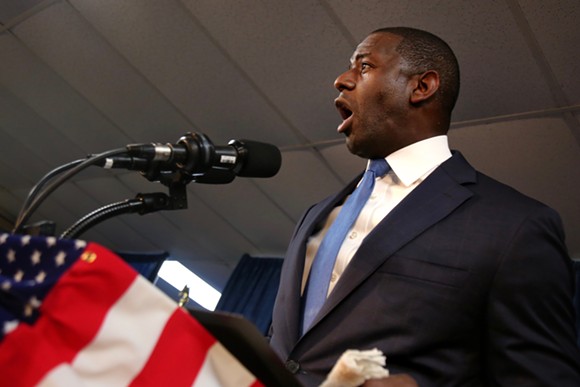 In a tweet sent late Thursday, Gillum argued that there are no partisan motives in recounting votes following the midterm elections, as the state moves toward a recount in the gubernatorial, Senate and agriculture commissioner races.

In the lawsuit, Scott claims without evidence that Snipes is withholding records regarding how many people voted, how many ballots have been counted and how many more votes remain untallied in Broward County.

However, as of Friday, the FDLE said they are not investigating Snipes and have not received any allegations of voter fraud, nor did Scott make an official request for an investigation in writing.

Currently, Scott has a narrow lead over Democratic incumbent Bill Nelson, with only 15,000 votes separating the two. This is only 0.18 points, and well within the 0.25-point margin that triggers a hand recount.

"I am considering every single legal option available,” said Scott, while appearing before the media outside the governor’s mansion last night. "No ragtag group of liberal activists or lawyers from D.C. will be allowed to steal this election from the voters of this great state."

Nelson has not conceded, and has hired a lawyer to challenge the state's signature law, which requires county election officials to double-check signatures of voters who cast provisional and mail-in ballots.

The race for Florida's governor has also intensified, with the margin between Republican nominee Ron DeSantis and Gillum sinking below half a percentage point to 0.47 percent, launching the race into an automatic recount.

Nikki Fried, Florida's Democratic candidate for agriculture commissioner, now has an extremely narrow lead over Republican Rep. Matt Caldwell. After ending Tuesday night behind by nearly 4,000 votes, Fried is now in the lead with roughly 3,000 more votes. A manual recount is likely to happen in this race, as well.