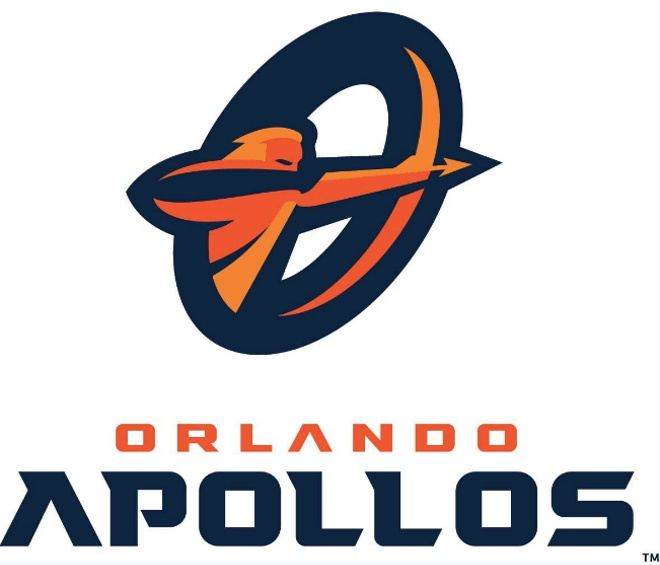 The Alliance of American Football – the spring season professional football league set to debut in late February – announced the names and colors of four of its eight teams this morning, including the Orlando Apollos, who will be clad in navy blue, dark orange and bright orange come kickoff next year.

In the east division, the Apollos will join the Birmingham Iron, the Memphis Express and the Atlanta Legends. The four teams in the west division have yet to have names or team colors announced.

"The selection process of naming each Alliance team began by listening to our fans and working with each city to hear their suggestions and determine a long list of great ideas," says Charlie Ebersol, the AAF's founder and CEO, in a news release. "After we culled that list down through local market research, testing, and ultimately, Bill and I had some decisions to make. We feel strongly that our team names identify with the great cities we call home to our Alliance teams and positively represent the region and our fans."

Throughout their 10-week schedule, the Apollos will be led by head coach Steve Spurrier, a College Football Hall of Fame honoree and former championship-winning head coach of the University of Florida Gators.