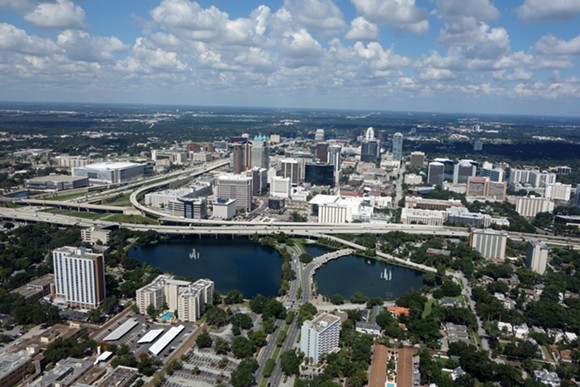 Two months after a botched SunPass upgrade by a private contractor caused a backlog of 170 million toll transactions, Florida officials will finally launch an investigation into the vendor's "failures and mismanagement" of the transition.

The Florida Department of Transportation announced Tuesday it was fining the contractor Conduent nearly $800,000 in damages after a $287 million upgrade to SunPass that was supposed to last about a week ended in the toll system being down for a month. More than two months after the upgrade, FDOT officials say that backlog of 170 million transactions has finally been processed – SunPass customers should see their accounts charged and processed for current toll usage in real time.

"Now that the backlog has been successfully cleared, at Governor Scott’s direction, I am requesting that Florida’s Chief Inspector General launch an investigation into Conduent’s mismanagement of the SunPass system transition," says FDOT Secretary Mike Dew in a statement. "We must have answers as to how this happened so we can make sure our customers never experience this again."

"Failure by any vendor is completely unacceptable and Conduent is no exception," Dew says. "We look forward to the information gained through the Chief Inspector General’s investigation and will continue to closely monitor all of Conduent’s activity to ensure Floridians are receiving the excellent service and support they deserve."

SunPass customers who have experienced overdraft fees after being charged multiple times a week in backlogged transactions will be reimbursed, according to FDOT. The agency says it will announce the process to file a claim for an overdraft expense reimbursement later this week.

"Late fees and penalties will continue to be waived in order to allow SunPass customers time to manage the transactions that have now posted to their accounts," according to FDOT. "Customers will still be responsible for paying toll charges as usual when using the SunPass system."

Multiple Florida lawmakers have called for an investigation into Conduent and for SunPass to waive fees and tolls incurred by customers during the botched upgrade. U.S. Sen. Bill Nelson called for a federal probe into the vendor after reports that Conduent and its former parent company Xerox had a troubled past in states like Texas, California, Maryland, New Hampshire, New York and Michigan. In Texas, Conduent charged drivers erroneously and was forced to pay a $200,000 fine and undergo an ethics investigation, according to the Tampa Bay Times. Despite this knowledge, Florida officials went ahead and awarded Conduent a lucrative contract in 2015.

WTSP 10 reports one of Conduent's registered lobbyists is the "former chairman of Rick Scott's inaugural committee and a major fundraiser for the governor's 2018 Senate campaign." The TV station's investigative team found that Scott received campaign donations from the vendor's billionaire founder in the weeks before Conduent botched the SunPass upgrade.