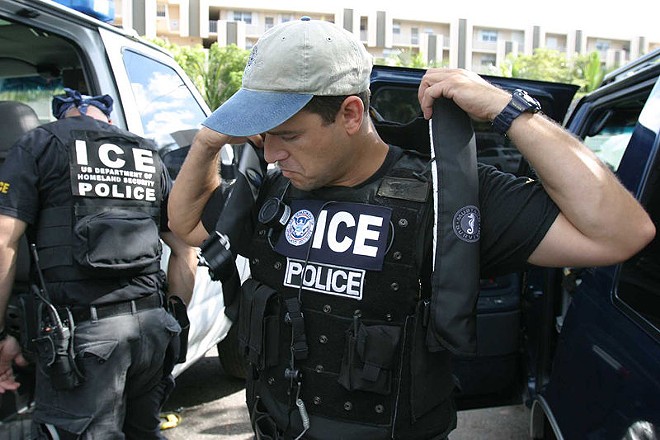 Florida businesses won’t have to worry about voters requiring them to verify the immigration status of new employees.

The state Constitution Revision Commission on Monday rejected a proposal that would have asked voters in November to require businesses to use a system similar to the U.S. Department of Homeland Security’s Employment Authorization Program, known as E-Verify, to determine immigration-related eligibility of employees.

The proposal, rejected in a 24-12 vote, drew heavy opposition from agriculture, tourism and construction interests.

Commissioner Chris Smith, a former state senator from Fort Lauderdale, pointed to other commission decisions Monday to add eight proposed constitutional amendments to the November ballot and said the employment-verification proposal (Proposal 6010) could be handled instead by the Legislature.

“I don’t really see the teeth enough that this should be another paragraph on the ballot,” Smith said.

However, Commissioner Rich Newsome, who pushed for the verification system, said Monday the measure would solve a huge problem of undocumented workers “in a way that’s not callous.”

“We don’t have to build a wall to help stop the problem of undocumented workers and of the nightmares that creates, not just for the workers, but the legal workers and the businesses that are trying to follow the law,” Newsome said.

“This is going to fix something for the good of a lot of people on both sides of the legal line,” Newsome said.

Newsome argued powerful special interests tied to agriculture and construction have kept the Legislature from advancing similar proposals in the past.

The vote was applauded by the Florida Chamber of Commerce.

“Proposal 6010 would have placed an ineffective federal government system into Florida’s foundational document,” Chamber Vice President of Governmental Affairs Frank Walker said in a statement after the vote.

E-Verify has been an issue in Florida for more than a decade, drawing heightened attention as jobs grew scarce during the recession that started in 2007.

Seeking to crack down on the use of undocumented workers, Gov. Rick Scott called as part of his 2010 campaign platform for requiring all businesses in Florida to use E-Verify.

After pushback from business groups supporting the agriculture industry, Scott eventually signed an executive order shortly after taking office in 2011 that required state agencies under his direction to verify the employment eligibility of all new employees by using E-Verify.