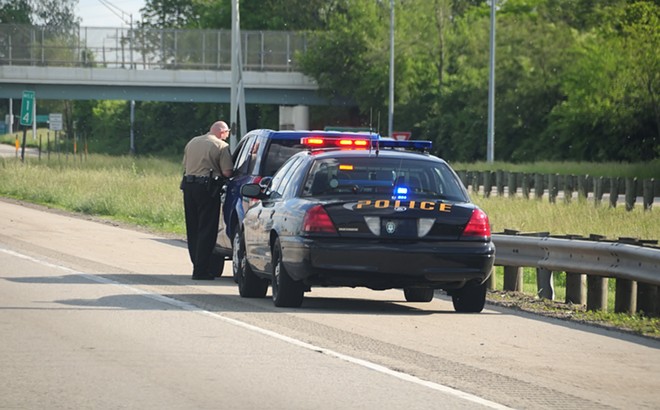 Lawmakers this week sent a bill to Gov. Rick Scott that could help provide information to police about whether drivers are deaf before officers approach cars during traffic stops.

Under the bill (HB 135), Florida drivers could voluntarily identify themselves as hearing impaired when they register cars. That information would be included in a driver and motor-vehicle database and a criminal database that police officers routinely access.

The idea came from Tallahassee Police Lt. Robert DiGonzalez, who became interested in protecting deaf drivers in 2016 after hearing about a 29-year-old North Carolina man who was shot and killed feet outside his home after he didn’t pull over for police.

A nearly 30-year veteran of the force, DiGonzalez said the shooting occurred the day before he and his wife, Linda DiGonzalez, took a three-hour car trip to St. Augustine, home of the Florida School for the Deaf and the Blind. Linda DiGonzalez is a trustee at the school, where their deaf son, Javi, is enrolled.

“That was our discussion on the drive there. Trying to figure out a way, because my son was going to be driving, what could I do as a dad to prevent that from that happening again,” DiGonzalez said, reflecting on the impetus behind the idea.

The bill, which passed unanimously in the House and Senate and was sent to Scott on Wednesday, comes at a time when the nation is taking a closer look at how first responders, including police officers, interact with people with disabilities.

Because they cannot hear, many deaf drivers aren’t able to respond to oral commands. Misunderstanding can be mistaken for insolence or defiance.

The state estimated that it would cost less than $25,000 to capture the information and include it in the driver and vehicle database as well as the criminal database used by police.

The measure was the second bill the Legislature has passed since 2016 to address deaf drivers. The other bill allows deaf people to add the international symbol for the deaf and hard of hearing to their driver’s licenses for an additional $1 charge.

Beth Frady, a spokeswoman for the state Department of Highway Safety and Motor Vehicles, told The News Service of Florida that 1,357 licenses have been printed with the designation since July 2017.

During a House floor debate on this year’s bill, Ausley shared the story of meeting with Robert and Linda DiGonzalez, who were concerned for their son’s safety as he moved ahead to get a driver’s license.

“Like any parent of a new driver, Robert and Linda were concerned. Think about how much we all worry about our children on a daily basis,” Ausley said during her closing remarks on the bill. “But I can tell you from personal experience, the parents of kids with disabilities have an extra layer of worry. Every day I have to tell my visually impaired teenager some new way that life is going to be harder for him. And every day it hurts my heart to do that. It’s just a reality that we parents learn to live with.”

Scott has until March 29 to sign, veto or allow the bill to become law without his signature.