Florida is the second worst state in the country for pedestrian deaths, says study 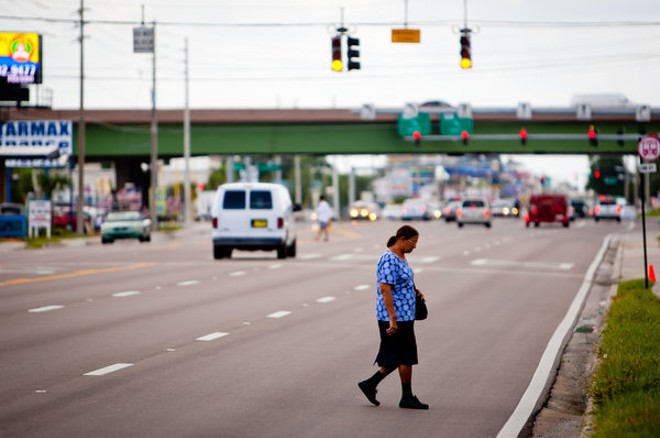 It's not easy being a pedestrian in Florida. A lack of proper bike lanes, crosswalks and sidewalks has made it one of the most dangerous states in the country to get around without a car.

According to a report published by Governors Highway Safety Association, Florida ranks as the second worst state in the country for pedestrian fatalities. In the first six months of 2017 there were 303 pedestrian deaths.  The only state that had more was California, with 352.

According to the same report, California, Florida, Texas, New York and Arizona account for roughly 43 percent of all the pedestrian deaths in the country at that time.

When We Love Cycling compiled a list last year, Orlando was the only city in the U.S. to break into the top 10 for worst cities in the world to ride a bike in. "Don’t expect an adequate network of bicycle lanes when there is even a lack of crosswalks, crosswalk lights and sidewalks," said WLC in their story.

The Orlando Police Department recently received a $43,000 grant to help reduce the number of accidents, and in 2015 Orange County set aside $15 million for pedestrian safety with its INVEST in Our Home for Life initiative. The money will be used for pedestrian safety and intersection improvements, providing sidewalks, crosswalks, signals, turn lanes, updated signage and other vital safety enhancements for citizens.

According to the GHSA report, the groups most susceptible to being hit by a car while being a pedestrian are non-whites and senior citizens.