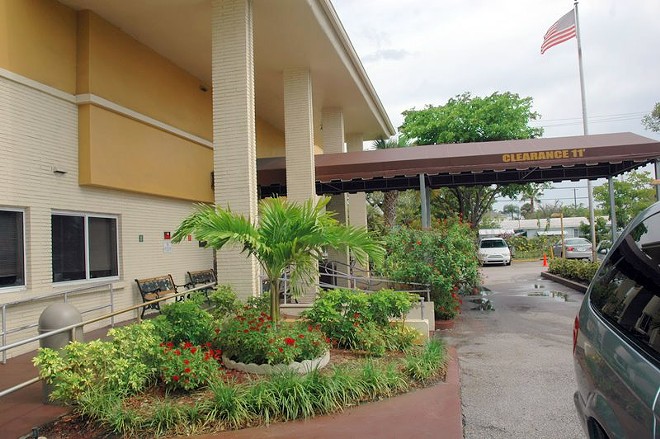 More than 41,000 pages of records related to the deaths of 12 people in an overheated Hollywood nursing home after Hurricane Irma was released Monday evening, following a records request by 2018 Democratic gubernatorial candidate Gwen Graham.

The release comes after Graham’s request to obtain the documents under Florida’s open records law was submitted almost four months ago, only to be ignored until the former congresswoman complained of Scott’s lack of transparency on the matter last week. Scott obliged soon after, providing an estimated cost of $1,200 for the records.

On Monday, Graham was at the Capitol in Tallahassee, checkbook in hand.

“It is troubling and totally unacceptable that Gov. Rick Scott has refused to voluntarily release all the records surrounding Hollywood Hills and his office’s role in the tragedy,” Graham says. “Disappointing, but not surprising, given his history of hiding public records and violating the Sunshine laws. This is a small price to pay for the people of Florida to know the full truth.”

Many of documents in the packet, according to reports, appeared to be news clips, press releases, timelines or regulatory documents already made public.

The incident in itself dates back to Sept. 13, when the air conditioning system at the Rehabilitation Center at Hollywood Hills experienced a power outage caused by Hurricane Irma. Tempers rose, which would hospitalize more than dozen of the home's residents – eight of whom died on that date. Later on, four more individuals would die from complications due to heat exposure, the medical examiner said.

Of the 14 deaths in all at the Hollywood nursing home, 12 were ruled as homicides, with the other two deaths ruled as related to intense heat conditions.

According to a news release on Graham’s campaign website, she expects the records will be released online as soon as possible for the public to see for themselves. If that request isn’t met, including the deleted voicemails, the release continues, Graham says she will explore legal options to force the governor to fully comply with Florida’s public records laws.

Graham, one of four Democrats currently in the hunt for the party’s gubernatorial nomination, has lately been eyed as a favorite among her fellow stumpers.

Due to term limits, Scott cannot seek re-election, although speculation has suggested he’ll attempt a run for the U.S. Senate in 2018, as a challenger to Democratic Sen. Bill Nelson.