10 Orlando food trends that we hope stay behind in 2017 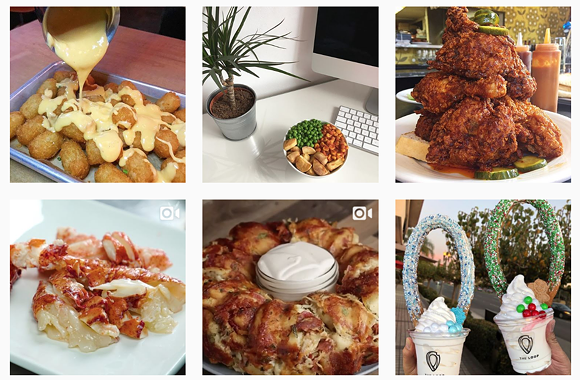 It was basically impossible in 2016 to walk into a restaurant without wading through braised pork belly, chicken and waffles, avocado on everything and “fusion” tacos, and 2017 brought its own batch of overexposed trends we’ve just had about enough of. Here are 10 we hope will stay right here in this dumpster fire of a year, as we look forward to what 2018 will bring.

1. Instagram food
Chefs, restaurateurs, marketers — please quit this nonsense. Obviously, social media is an essential element in getting your place noticed and putting butts in seats. But creating gimmicky food that looks pretty on Instagram yet tastes like food coloring and sadness is not. We don’t come to your restaurant to Insta, we come to eat. Enough with the “unicorn” and “rainbow” anything. Enough with the excessive milkshakes and Bloody Marys overflowing with food. Enough.

2. Pickled onions
There were pickled things galore in restaurants in 2016 as the farm-to-table movement reached a fever pitch. The problem: Proper pickling takes time. You know what doesn’t take a lot of time to pickle and still packs a wallop of flavor to amp up food that otherwise has none? Onions. Chefs in 2017 decided that pickled onions – especially red ones – were gastronomy’s greatest garnish: They’re crisp, colorful and add a pinch of pucker to dishes lacking acid, an essential component to a home-run dish. The formula seems perfect, but it’s really trickle-down flavor-nomics. In 2018, let’s concentrate on building flavor from the bottom up. Not the top down.

3. Cookie dough cafés
Not to burst anyone’s bubble, but cookie dough is not the next froyo. Wonderland Cookie Dough Co. just opened in Celebration and people lost their chocolate chips over it. The problem is not that eating cookie dough by the scoop isn’t a delightful way to spend 20 minutes while channeling your inner tween; the issue is that no one should eat that much cookie dough in one sitting. Licking the batter spoon or dregs from the mixing bowl is one thing. Sitting down with a tube of Toll House is another.

4. Moscow Mules
2016 was bourbon’s year — every restaurant on the planet had a signature Old Fashioned on the cocktail menu. But the Moscow Mule, vodka mixed with ginger beer, mint and lime (as if you didn’t know at this point, right?) grabbed 2017 by the you-know-what. There’s even a restaurant named after the drink that opened earlier this year: the Stubborn Mule in Thornton Park, with an entire list of mule variants. Any cocktail maven has at least two impossible-to-clean mule mugs on their bar cart. Let’s give another classic cocktail some love in 2018. Tom Collins, anyone?

5. Vegetables parading as starches
There’s a time and place for cauliflower mash and “zoodles.” That time and place is not on a restaurant menu where the average entrée is about 25 bucks. If you’re dieting and using these Jedi mind tricks to not feel deprived while you cut calories, have at it. Nothing against these verdures, but zucchini and cauliflower are much better being true to themselves — roasted, sautéed, or yes, pickled — not as sad substitutes for potatoes or pasta. They’re not your rebound veg. Show them a little respect in 2018.

6. “Authentic” upscale Mexican
Restaurateurs responded to Orlandoans’ cries for “better Mexican food!” with approximately 15,000 new Mexican restaurants (not to be confused with New Mexican restaurants, of which there are none). Reyes Mezcaleria, Mesa 21, Chuy’s, Rocco’s Tacos, Antojitos, Uncle Julio’s and others have garnered a loyal following, and there are some stand-out dishes at many of these spots. The real problem lies with the authenticity quotient. It’s a good rule to follow that if you have to say you’re something, you’re probably not, and the same goes for these restaurants. Truly great Mexican food can be found at out-of-the-way spots like Tortilleria Mexicana on Orange Blossom Trail, Tacos Ameca on Orange Avenue, and Ocoee Taco Company.

7. Matcha everything
It’s time to let green tea powder go. In a feat of reverse popularity, Starbucks has been doing matcha lattes since the beginning of time. But slowly, pastry chefs and micro-coffee culture caught on. Now, you’ll find matcha croissants, matcha bundt cakes, matcha macarons, matcha crème brulee and more. Perhaps the allure is in that light green hue — sweets aren’t typically green, right? If you want to taste matcha in its intended form, keep sipping on that green tea latte, or pick up a six-pack of matcha mochi from one of the Asian supermarkets around Mills 50.

8. Sushi burritos
When food that shouldn’t be hand-held becomes just that, it’s a sign. Y’all need to slow your lives down. Make time in your day to have a relaxing sushi lunch at one of our excellent Japanese boites around town (Kabooki or Sushi Pop, perhaps) instead of rolling nori and rice around the freshest fish and noshing it in the car, unceremoniously squirted with sriracha. (We’ve seen you do it.) Grocery store sushi has come a long way, so if you’re pressed for time, we understand if that’s your best option. But leave it at that.

9. “The Chipotle Of…” restaurants
How many times have you described a restaurant as “the Chipotle of”? We’re betting quite a few. Between Olea Mezze Grill (the Chipotle of Greek food), Hubbly Bubbly (the Chipotle of Lebanese food), Spoleto (the Chipotle of Italian food) and others — we’re about tapped out. It’s true that Chipotle revolutionized, even invented, the fast-casual concept, but perhaps we can do better than “the sum of its parts” assembly-line lunchtime restaurants in 2018.

10. Poke
It seems like yesterday that the first poke appeared in our city, straight off the boat from the Aloha State. But between the plethora of poke shops that have or are about to debut in the area, we’ve reached critical crudo. Big Kahuna’s and Da Kine paved the way for poke in Orlando, but now Ono poke, Lemon Shark and others have taken the idea and made poke so popular there’s no turning back from the tuna. Quickly Boba even has a poke counter (dare we say, the Chipotle of poke). Poke is a seemingly easy preparation, but in reality, Hawaiians have taken centuries to reach poke perfection. Let’s appreciate the island entrée, but not take it for granted just because there’s no cooking required.