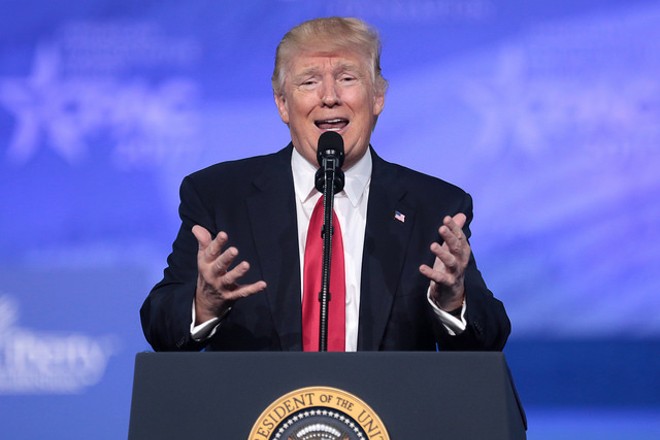 This morning, our conspiracy-theorist-in-chief Donald Trump suggested in a tweet that longtime critic Joe Scarborough, former Florida Congressman and host of MSNBC's Morning Joe, may have killed his intern back in 2001.

So now that Matt Lauer is gone when will the Fake News practitioners at NBC be terminating the contract of Phil Griffin? And will they terminate low ratings Joe Scarborough based on the “unsolved mystery” that took place in Florida years ago? Investigate!


While serving as a Republican congressman for Florida, Scarborough's intern, Lori Klausutis of Niceville, was found dead in his district office. There is zero proof that Scarborough had anything to do with it.


The Fort Walton Beach Police Department report says Lori Klausutis, an aide to Rep. Joe Scarborough, told a co-worker on July 19 that she was not feeling well, but did not elaborate.

She made a similar comment to a mail carrier. She was found dead in Scarborough's district office the next morning by two people who came to seek help with an immigration case.

Medical Examiner Dr. Michael Berkland has said Klausutis, 28, of Niceville, lost consciousness because of an abnormal heart rhythm and fell, hitting her head on a desk. The head injury caused the death, Berkland said.

Trump's bold and completely horseshit conspiracy theory actually makes a lot of sense when you consider a few of the other dumb things he's believed, like how he lost the popular vote because of voter fraud, that Obama’s birth certificate was fake (which he later admitted was false), or the that the infamous "grab 'em by the pussy" Access Hollywood tape is fake.