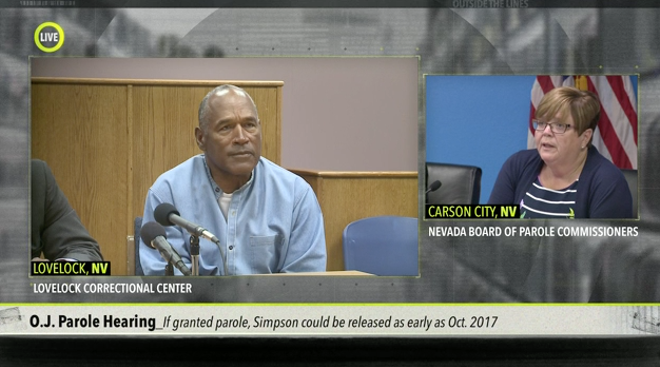 Following Sunday's release of O.J. Simpson, the former NFL star and current criminal indicated he plans to move to Florida, but not if Attorney General Pam Bondi can help it.

In a letter penned to the Secretary of the Florida Department of Corrections, Bondi laid out strict probation rules for Simpson, in the event he chooses to spend those years in Florida. They would require he report to a parole office in person – not through mail – that he wear a monitoring bracelet, that he undergo frequent drug testing, and that his travel be restricted.

Related O.J. Simpson wants to move back to Florida

O.J. Simpson wants to move back to Florida
By Colin Wolf
Blogs
In an interview with Fox and Friends, Bondi said, "He wants to come to Florida and golf all over our state, and I don’t want that to happen.”

Speaking about Simpson's July parole hearing, Bondi said, "I’ve handled parole hearings my entire time as a prosecutor and … I have never seen such lack of remorse in my entire career."

Simpson had been serving a 33-year sentence for kidnapping and armed robbery, in Las Vegas, but was released for "good behavior" after serving only nine years. As the New York Post reports, Simpson is now subject to up to five years of supervised release.