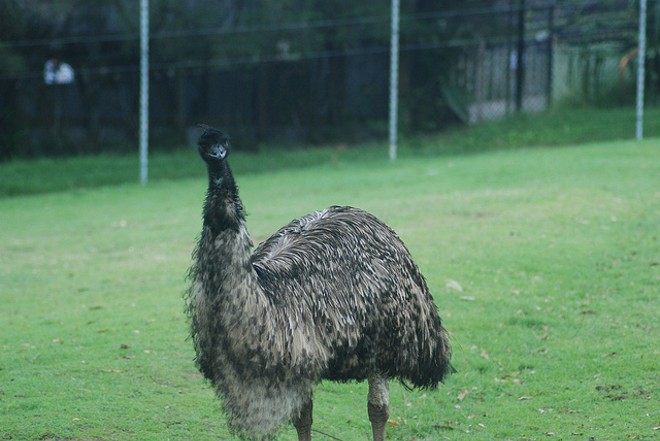 In the aftermath of Hurricane Irma, one Eustis woman is searching for her lost Emu.

74-year-old Betty Carter told WKMG that "Tweety Bird" had gone missing after the record-breaking storm felled a tree that damaged a portion of her fence. Speaking to the station, Carter said "I come out and I stand there and I call Tweety Bird and he comes to feed, and he didn't come up."

Carter has received multiple tips, but she is yet to be reunited with her Emu. One person claims they saw Tweety Bird running in the Seminole Forest, and another says they've seen it in a neighbor's yard.

Hopefully, she'll be bringing a Tweety Bird home. "I just miss him," Carter said. "He's about all I've got left."

Emus are the second largest bird by height, behind only the Ostrich.