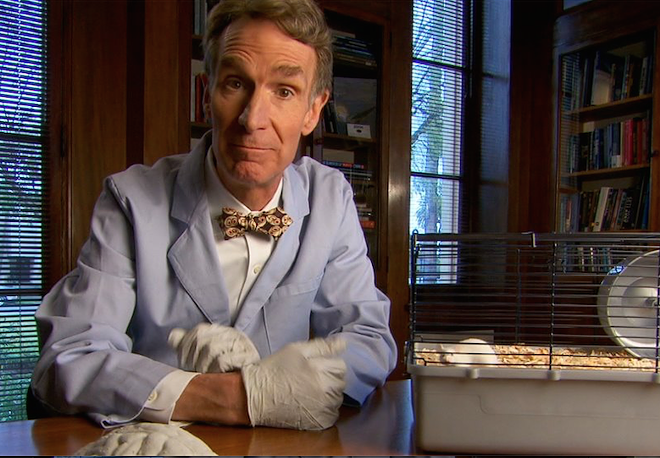 Bill Nye, host of the hit Emmy-winning educational series Bill Nye the Science Guy, is suing the Walt Disney Corporation and its affiliates claiming they owe him $9.3 million.

According to The Hollywood Reporter, Nye's lawsuit was filed Thursday, Aug. 24, and alleges deception, error and four years of "futile discussions," which have led him to take legal action to get his unpaid shares of the show's earnings. Nye's lawsuit claims Disney withheld $28 million in total profits from the show.

Under the terms of the agreement with Buena Vista Television, which is a subsidiary of Walt Disney Corporation and distributor of Bill Nye the Science Guy, Nye and other owners of the show are together entitled to half of the show's profits. For Nye himself, that means no less than 16.5 percent of the show's total earnings after costs.

Apparently, a July 2008 letter claiming Nye owed Buena Vista Television more than $400,000 in mistakenly overpaid funds left "The Science Guy" suspicious of the company. Eventually, Nye hired his own accountant to perform an audit, and he claims that more than $28 million of mishandled funds were discovered in the company's ledgers.

Nye has so far made no public comments on the case.

Most known for his 1992-1997 stint as the host of Bill Nye the Science Guy, Nye has also held a substantial presence in Orlando's theme parks, both as the guiding voice-over in Dinosaur, at the Disney Animal Kingdom, and in Epcot's Universe of Energy attraction, alongside Ellen Degeneres.

Nye was also recognizable as "Bill Nye the Coaster Guy," inside the recently closed Cyberspace Mountain at DisneyQuest.