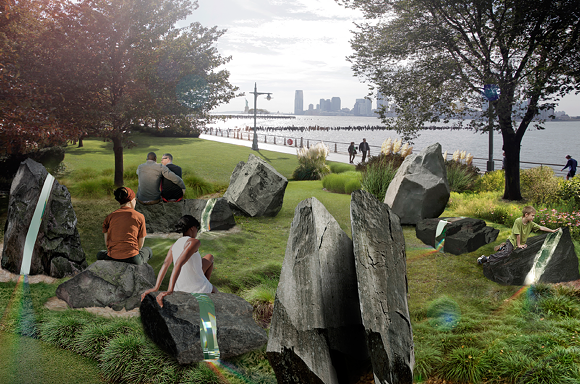 New York Gov. Andrew Cuomo unveiled the design this week for a memorial dedicated to the LGBTQ community and to the 49 victims killed in a mass shooting at the gay nightclub Pulse.

The monument, which will be located in New York City’s Greenwich Village, is also dedicated to all victims of hate, intolerance and violence, according to a press release from Cuomo's office. The design by artist Anthony Goicolea will feature nine boulders that have been modified with a refractory glass that will act as a prism and emit rainbow patterns on the surroundings at Hudson River Park.

"From Stonewall to marriage equality, New York has always been a beacon for justice and we will never waiver in our commitment to the LGBT community and to creating a more just and inclusive society," Cuomo said in a statement. "This new monument will stand up for those values for generations to come." 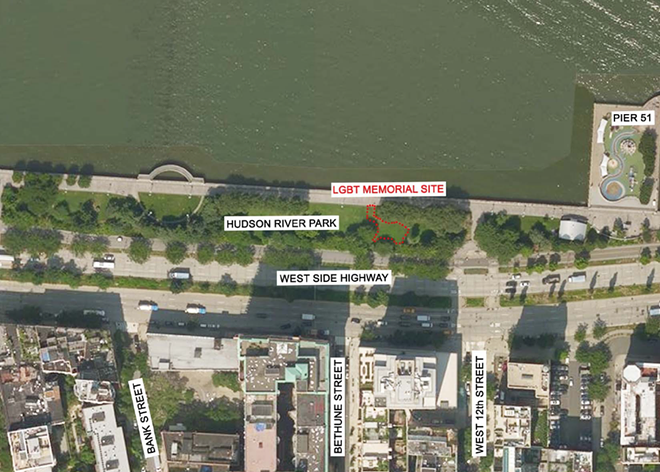 After the shooting in Orlando on June 12, 2016, Cuomo established an LGBT Memorial Commission tasked with building New York's first official monument to LGBTQ people and the Pulse victims. Goicolea, a first-generation Cuban-American artist born in Georgia, was chosen partially because his design works in harmony with the park's existing features.

"I am honored to join Governor Cuomo and the LGBT Memorial Commission on this important project to remember those who have been victims of hate, violence, and intolerance, while celebrating the beauty of the LGBT community," Goicolea said in a statement. "This monument will serve as a communal space filled with light, color, and hope where the visitors can sit, mourn, love, and remember for years to come."

Meanwhile, Florida Gov. Rick Scott has not publicly mentioned any creation of a state monument dedicated to the Pulse victims, their families and the people who survived the attack. Scott did proclaim June 12 as "Pulse Remembrance Day" and acknowledged the attack was directed at the "LGBTQ and Hispanic" communities, but even that was a challenge. Days after the attack and in at least one speech, Scott failed to include any mention at all of the LGBTQ community in his remarks. In fact, he's been called out by LGBTQ advocates across Florida for breaking a promise he made after Pulse to sign an executive order protecting state employees against discrimination based on sexual orientation or gender identity. Orlando Weekly reached out to the governor's office for a comment on Florida planning a memorial to the Pulse victims, but we did not receive an immediate response.

Barbara Poma, the owner of Pulse, is planning a memorial of some type at the site of the attack on Orange Avenue, but so far, no local governments have announced plans for their own monuments. 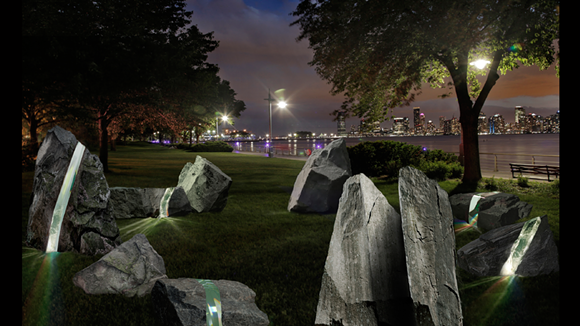 Terry DeCarlo, executive director of the GLBT Community Center of Central Florida, said he was proud to stand by Cuomo when the governor announced the memorial would be dedicated to the Pulse victims.

"It warms my heart to see it taking the next step today as the governor announces the designer of the memorial," DeCarlo said in a statement. "Thank you for honoring and including us here in Orlando and I look forward to joining you, and all New Yorkers, in celebrating the memorial's completion."

UPDATE: In response to questions about whether the state of Florida was planning some type of monument dedicated to the 49 victims of the Pulse massacre, a spokesperson from Gov. Rick Scott’s office says he "would be glad to work with the Legislature to find additional ways to honor the lives of these innocent victims."

"On June 24, 2016, the governor directed 49 Florida state flags to be placed in front of the Florida Historic Capitol for 49 days as a memorial of those who lost their lives in the terrorist attack at Pulse nightclub," spokesperson Kerri Wyland says in a statement. "The governor included $5.8 million dollars in funding for FDLE to strengthen their counterterrorism and intelligence efforts to ensure that our law enforcement officers have the resources they need to curb senseless acts. Recently, the governor proclaimed Monday, June 12, 2017 as Pulse Remembrance Day and directed flags to be flown at half-staff in the state of Florida from sunrise to sunset on that day."