The owner of an Orlando tow truck company was shot and killed Tuesday by a man angry about a $285 bill for his impounded car.

The police report says Polk was at the Tow Truck Company around 6 p.m. to pick up his car, which had been towed on Friday. He only had $135, and an employee told officers that Polk became "irate" when she told him the bill was actually $285. He tried to push past her into a secured office but stopped and left after she warned him she would call police, according to the report.

After the first incident, surveillance cameras later caught Polk jumping a chain-link fence into the card and smashing the windows of three cars. Officers say Polk then got into his car and drove toward a closed bay door, which he unsuccessfully attempted to open manually. He was confronted there by Gren and the employee, who had called 911. Both Gren and his employee were trying to stop Polk from opening the door. 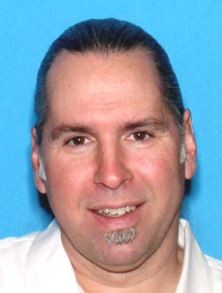 The report says Polk became more agitated, so Gren took out a gun and held it by his side. The employee said Gren never raised the gun and told Polk they should wait for the police to arrive. The employee said Polk told her, "I just want to leave," so she opened the door for him. The report alleges Polk took two steps and turned toward Gren as he reached for a gun from his waistband. He then fired three shots at Gren from point-blank range before fleeing, according to the arrest affidavit.

When police responded, they found Gren and took him to Orlando Regional Medical Center, where he died from his injuries. Polk, who was found running along the railroad tracks behind the business, was taken to the Orange County Jail.