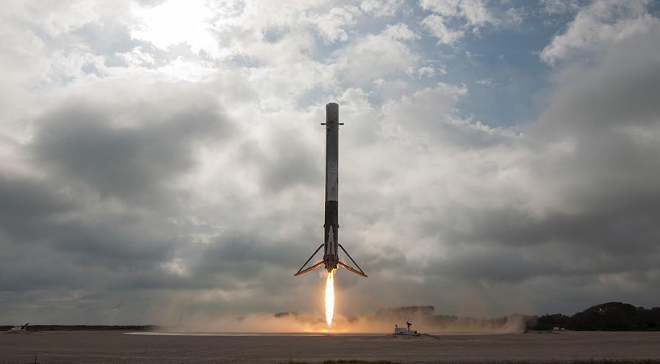 Elon Musk's SpaceX is preparing to launch its previously used, or "flight proven," Falcon 9 rocket into space for the first time in aviation history.
The unmanned Falcon 9, which is a model designed to be reused repeatedly to cut down launch costs, will be carrying an SES-10 satellite for coverage over Latin America, according to satellite company SES.

The rocket is scheduled to take off Thursday, March 30, at 4:59 p.m. The flight window was supposed to open on Wednesday, but complications over the weekend led to a Thursday launch day.

The flight-proven rocket went through a static fire test at NASA's Kennedy Space Center on Monday at 2 p.m. that was deemed successful. The Falcon 9 was held in place by clamps on the launch pad as it exerted 1.7 million pounds of thrust, which is the extent of its potential output.

This specific Falcon 9 Rocket was used last April to successfully deliver cargo to the International Space Station for NASA. It eventually landed on April 8 in the Atlantic Ocean on the SpaceX drone ship "Of Course I Still Love You."

An attempted test launch last September ended in a fiery inferno when one of the Falcon 9s proceeded to explode on the test launch pad in Cape Canaveral.

However, here's to another happy landing.