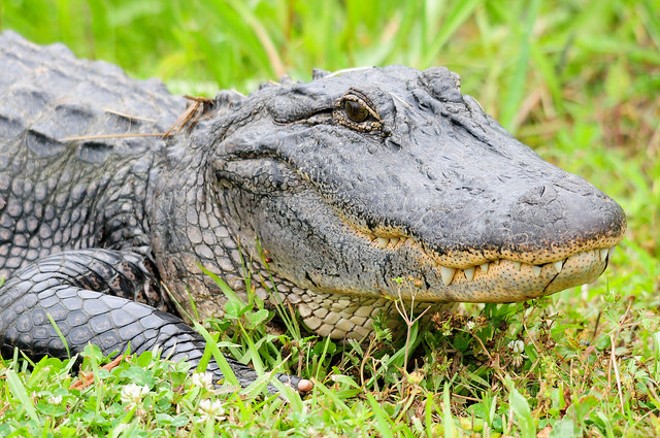 A Florida man might have a new lucky putter.

Fort Myers resident Tony Aarts found himself face to face with a 10-foot alligator out on the green, and used his putter to fend it off.

According to WINK News, Aarts was approaching the fourth hole at the Magnolia Landing Golf & Country Club on Wednesday, Feb. 8, when an alligator burst from the water hazard just feet away from him.

The gator grabbed Aarts’ right ankle and dragged him into the water. Aarts then struck the alligator repeatedly on the head with his putter, but it wasn't until he clubbed the creature in the eye two or three times that it let go and he was able to crawl to safety.

Florida Fish and Wildlife Conservation Commission officers showed up after the attack, captured the gator and put it down.