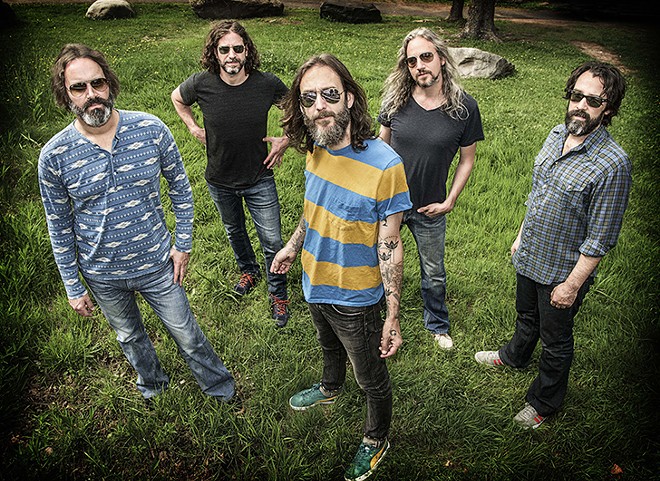 If you're only familiar with Chris Robinson's work with the Black Crowes, then his gradual shift toward the cosmic American music tradition of the Grateful Dead and the Band might surprise you.

In the Chris Robinson Brotherhood, Robinson has moved away from the Crowes' angsty blues rock into a keyboard-heavy, West Coast-y, feel-good vibe that almost forces your body to slow down. It's a mellow trip, y'all. Dare we say we even hear some Little Feat in there? Seriously, go listen to 1974's "Rock & Roll Doctor" and compare it to "Ain't It Hard but Fair," recorded in Brooklyn last year (we'll wait).