Beautiful strange: Weird Prince and the women who made it happen

What genre do you file your Prince records under? R&B? Pop? Rock? None of them hold the breadth of his work completely or accurately, so, for my collection at least, the genre is just "Prince." Nothing else really makes sense. And, as with any genre, there could easily be sub genres – Guitar Prince, Funk Prince, Ballad Prince, Pop Prince, Clumsy Injection of Hip-Hop Prince, whatever – but the most consistently rewarding subgroup of Prince music is, without a doubt, Weird Prince.

With all the wonderful recognition of Prince's artistry and creativity exploding across the web the past few days since his death, it's been remarkable how little attention has been paid to the music of Weird Prince. Sure, people have written voluminously about how weird Prince was as a person and how empowering his uniquely boundary-free existence was for so many people who exist outside of culturally defined boxes, but when the discussion turns to his music, it tends to be framed in terms related to the creation of the music: "prodigious," "polymath," "consummate showman," "most at home in the studio," "comfortable with any style," "thousands of songs in the Vault," etc., etc. All of which is technically correct, but also wide of the mark when nailing down just how much of the music he made was truly experimental.

Sure, anyone who spends more than half of all the hours in their their adult life recording or playing music is bound to experiment with sounds, structures, and style. Trying stuff out until you find what works is the very definition of creativity. The thing is, for Prince, "what works" was wildly different from what most musicians would settle on as creative success, resulting in scores of songs that literally no other human could have created. Those songs are the Weird Prince canon.

"When Doves Cry" is the declarative statement of Weird Prince, famously noted for its lack of a bass line, but it's also a track that should be heralded for its rhythmic inventiveness (seriously, listen to the drum pattern ... it's 100% wrong, but 100% perfect), its near-spoken lyrics, and the fact that it actually does have a bass line, just one created by a weird combination of vocal distortion artifacts swirling around in a sort of Freakshow Rhodes Cabinet. Everything about the song is classic Weird Prince, in that none of it conforms to expectations, none of it sounds like anything else, and yet, it is impossible to deny its perfection as a pop song.

It's also worth noting that "When Doves Cry" was not only the most well-known and perfect example of Weird Prince, but also one of the first. Some prototypes were recorded during the 1999 sessions – "Irresistible Bitch," which transformed from a diddly, synth-pop demo into a lithe and creepy/wispy funk number when it appeared as a b-side in 1983, and the unreleased "Moonbeam Levels," a darkly ethereal midtempo ballad thick with allegorical imagery – but those tracks could, if you squint your ears hard enough, be imagined to be recorded by someone else. Nobody else could have recorded "When Doves Cry."

So, what was the difference between the 1999 sessions and the Purple Rain sessions? What change occurred that ushered in the beginning of the Weird Prince era?

Much has been made of the role of women in Prince's creative process, but this role is mostly framed in way that Prince is either a svengali who utilizes women's voices and bodies as extensions of his own creative personality – see: Vanity 6, Jill Jones, Sheena Easton – or that Prince is so emotionally inspired by a female muse that he is moved to create – see: Susannah Melvoin, Mayte Garcia, Kim Basinger, probably Jill Jones again. But the women that came into his life in 1983 were women that profoundly affected his personal relationship to his art, women who challenged him creatively, exposed him to new ways of thinking about music, and truly worked with him in a collaborative way. 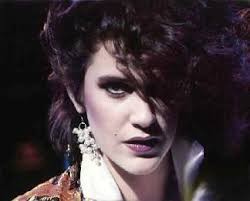 Wendy Melvoin's first show as a member of the Revolution was in the summer of 1983 at First Avenue, the club that was immortalized in the Purple Rain movie. That show was also immortalized, as the basic tracks recorded that night – again, her first show with Prince – were ultimately used on the soundtrack album's versions of "I Would Die 4 U," "Baby I'm A Star," and, uh, "Purple Rain." Her partner, Lisa Coleman, had been a member of Prince's band since 1981. 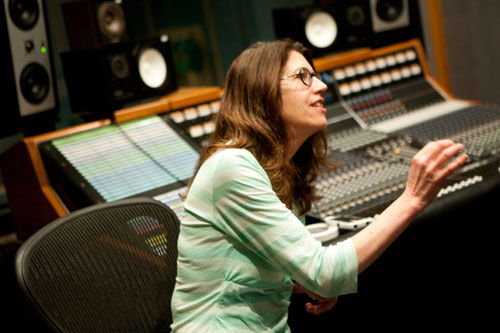 Susan Rogers kicked off her career as Prince's personal recording engineer in 1983, working on the sessions for "Darling Nikki." She would remain his go-to studio partner for the next five years, engineering recording sessions for hundreds and hundreds of songs. 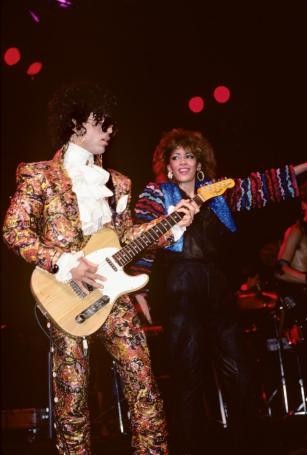 These three women (four, if you count Lisa Coleman, which you definitely should) were all incredibly technically proficient musicians, but, more importantly, they all possessed deeply held ideals about the role of music as an art form, focusing on creativity, artistry, and integrity before success. And they all became central elements of Prince's musical universe in 1983, right before Prince transitioned from "successful pop star" to "global phenomenon." With these women in his camp, Prince was empowered not only to do "whatever he wanted," but he was encouraged to use his prodigious talents for the pursuit of true greatness, to see how far he could take his gifts, to, in other words, explore Weird Prince.

And explore he did.

Prince's career can be roughly divided into four clear phases: 1) emergence of an R&B crossover star (debut through 1999), 2) iconoclastic, experimental superstar (basically, "Weird Prince," and, basically, Purple Rain through Graffiti Bridge), 3) creative genius trying to regain his cultural caché (Diamonds & Pearls through Rave Un2 The Joy Fantastic), and, 4) "Do what I want, pay the bills when I have to" (everything after that). That second phase – the Weird Prince phase – is definitely the most interesting, and it's also definitely the one that was most influenced by these four women. (And yes, Weird Prince made lots of appearances in eras #3 & #4, last being heard in full flower in 2007's super-weird "F.U.N.K." single, but still, '83-'90 was prime Weird Prince.)

Songs written with and influenced by Wendy & Lisa appeared on Prince albums as late as Graffiti Bridge in 1990, as the duo – and his relationship with Wendy's sister Susannah – was an integral component of Prince's creative process during his most prodigious period. And it's in that period that some of his weirdest songs were made: the ghostly "Others Here With Us," the sitar-flecked "Strange Relationship," the playful "Movie Star," "If I Was Your Girlfriend," "Around the World in a Day," "Roadhouse Garden," "All My Dreams," "Adonis and Bathsheba," "Crystal Ball" ... hell, "Computer Blue" was originally a 14-minute epic psychedelic freakout, conceptually guided by Wendy & Lisa. If it wasn't for Sheila E., The Black Album would never have been made. Neither would have Lovesexy, which, really, is the weirdest Weird Prince album ever. The unreleased Camille album – in which Prince sings sexy come-ons in a sped-up, feminine voice, was cut during this era. Susan Rogers recorded it all, providing him with the encouragement and comfort level to keep going, try harder, be weirder, be yourself.

It was these women who helped direct Prince's insane level of multi-variant ability into real art. They got him to apply his unique stylistic penchants – multitrack vocals, octave switching, weird drum patterns, inverted funk, counterpoint composition, studio trickery – into more challenging areas. They also showed him entirely new palettes to paint with and drove him to master that which he didn't know as much as that which he did. They encouraged him to be himself, to look inward, and to look at the outside world, too. They basically forced him to understand that he could be Stevie Wonder and Joni Mitchell. They made Weird Prince.

It's worth noting that one of the precipitating causes for the disbanding of the Revolution In 1986 was the realization by Wendy & Lisa that the band had started to become a bit of a boys' club, and that Prince's relationship with the two of them had become partitioned from the regular workings of the group. Sheila E. was similarly discouraged by her role as a drumming sex-doll on the Lovesexy tour in 1988 and 1989. Maybe Prince grew tired of being challenged. Maybe he just wanted to explore new avenues of his musical personality. Maybe he just wanted to stop being Weird Prince. Who knows? But one thing is undeniable: Without the women who accompanied him through his most creative and successful era, there would have been no Weird Prince. There just would have been that weird dude, Prince.