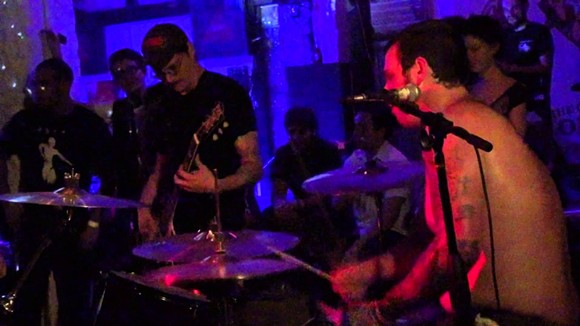 Hard-touring Tampa grindcore monsters I'm An Intestine are landing at Uncle Lou's Entertainment Hall tonight for a show with Badparker, Deadmeat and Burn to Learn.

Besides near-deafening live shows and the usual 6-car pileup instrumental chaos - whenever I hear a grindcore band, I always think about how John Peel played a Napalm Death track three times in a row on his radio show because he was so shocked by the brevity and intensity - the Intestine are part of a movement of newer, younger grind acts (I'm also thinking of Bleed the Pigs and Thetan) who don't shy away from social issues and progressive politics in their albums. It's a clamor with a conscience.