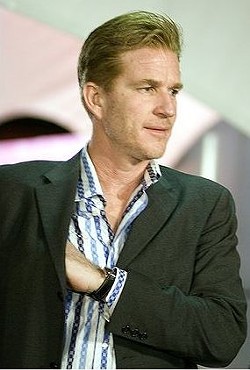 The festivities get underway Thursday, March 31, at the Van Wezel Performing Arts Hall, with “An Evening with Sophia Loren,” during which she will receive the 2016 Legend Award. The festival proper will then kick off the next day with the opening-night film, Other People, directed by Chris Kelley.

The 18th annual event runs through April 10, when it closes with The Congressman, directed by Jared Martin and Congressman Robert Mrazek. Other notable films include the festival’s Centerpiece movies, Five Nights in Maine and Unlocking the Cage; a presentation of Stanley Kubrick’s Full Metal Jacket, with Modine in attendance; and a screening of Mommie Dearest with Rutanya Alda, who played Carol Ann.

This is the first year in more than a decade that the event does not completely overlap Orlando’s Florida Film Festival. The latter event will run April 8-17, which will make it easier for Orlando and Sarasota residents to attend both festivals, which are arguably the two best in the state.

The event will feature more than 250 films – even more than the Florida Film Festival’s 180 – including features and shorts of many genres such as narrative fiction, animation, documentary and kid-friendly material.

Both the Sarasota and Florida film festivals are placing female filmmakers front and center this year.

"We are pleased to honor two female icons in film [Loren and Dukakis], especially at a time where it’s so important to celebrate women in the industry," says Michael Dunaway, the festival’s programming director. "The Sarasota Film Festival is proud to screen films from 113 female filmmakers."

A ticket to a single film costs $15 ($10 for students and $11 for members), with film packages ranging from $30 to $1,200. Most movies will be shown at Regal Cinemas Hollywood 20 Theater on Main Street in downtown Sarasota. The venue will devote six screens to the festival.

For more information, including the full schedule, list of films and ticket options, visit www.sarasotafilmfestival.com.