Nothing sobers quite like perspective. And a big slug of that is what you get when you go from the punk-kid entitlement of meteoric Oakland band SWMRS last Friday (Backbooth), who reacted poorly on Twitter to my rather mild review of them, to Lisa Fischer, who’s spent decades honing her extraordinary craft to exist mostly in shadow.

Her relative obscurity has only been relieved in part by the 2013 rock doc 20 Feet from Stardom. Us rock fans are so accustomed to image and personality being part of the package that we don’t always distinguish skill from star power. This film about backup singers flips – and hopefully forever recalibrates – the view that 99 percent of us have of music performance. It’s something every music listener should see, especially some young punks I know.

I actually saw Fischer sing with the Rolling Stones last year at the Citrus Bowl and she left a crater of an impression on me even though I’d not yet seen the doc and had no prior idea that she was one of the modern era’s most esteemed backup singers (such is the nature of being a backup singer). But even without the considerable spotlight and background from the film, she knocked me and an entire stadium down like a show-stealer when she stepped out into the limelight. Even Mick scooted over on his cloud for her.

As probably the purest craftsperson in 20 Feet From Stardom, she’s more master than idol. In the film and throughout her career, Fischer has been a reluctant frontwoman, showing little appetite for the self-selling aspect of the business. But here onstage at her own show (Mar. 2, Plaza Live), she straight runs it. 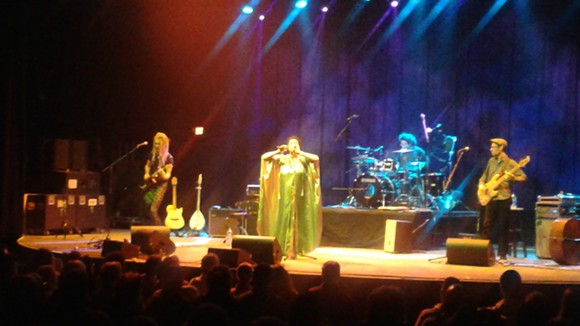 As studious of a vocalist as they come, she sings with operatic control and richness. Everything she does – from the way she manages her mic distance to the fact that she uses two mics at the same time, all to render sonic dimension – is total technique. In terms of craft, she’s the elite.

Interestingly enough, just as I was thinking how similar Fischer was to Orlando’s own Alexandrah Sarton (Solillaquists of Sound), I actually spotted the local chanteuse herself on her feet applauding during one of the many standing Os. 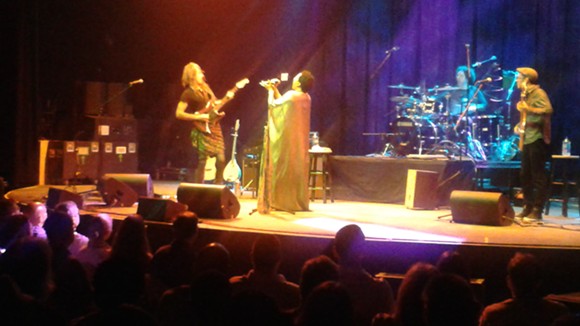 Though Fischer did perform her big R&B hit, the Anita Baker-esque “How Can I Ease the Pain,” she’s primarily a singer not a songwriter, so her setlist was largely covers (including Robert Palmer, Led Zeppelin, Eric Bibb, Amy Grant and, of course, the Stones). But as an artist in her own right, she took great license in their interpretation. Backed by New York band Grand Baton, the set was a fusion of soul, blues, jazz, world and rock. And though many of the songs weren’t written by her, she owned them live.

Her clear might and flexibility was a thing of awe. Between the refinement of her and the band, however, the show maintained a polite and mature sensibility. But Fischer’s personable warmth and unrehearsed intimacy kept it from being just another routine professional stage show. 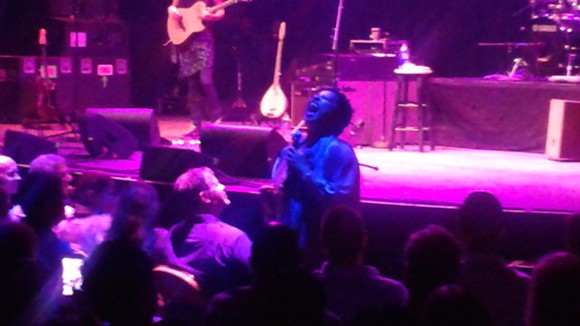 Besides frequent interaction with attendees, she at one point descended onto the floor, weaved her way through the crowd and serenaded many fans right to their faces. To conclude this generous stroll through the gallery, she commanded the house lights up to incite everyone up out of their seats and into a full-audience dance party. If there’s any greater testament to Fischer’s evocative power than this sight, I can’t think of it: