Punk on the Patio makes big debut with Flashlights, Out Go the Lights and Slumberjack

New year, new things – it’s how it should be. And already, we have a fresh new live series hopeful up at bat. I mentioned it last month but Punk on the Patio, the new event baby by rising scene-maker Marshal Rones (of Foundation Presents), is now officially in the mix with a very promising debut (Jan. 6, The Patio).

On paper, I liked everything about the idea when I first heard about it. It’s a live event of exceptional accessibility and a compelling reason to go back downtown again. Like an entire class of local scene pros, what I dislike about downtown now is the culture shift and increasing logistical hassle, not the setting itself, which I actually miss. But, with its low-fuss midweek placement (first Wednesday of each month) yet sane hours (music begins 9:00 and ends by midnight), POTP is like a slice of the old downtown. And if you have any complaints about a five-dollar cover that buys you several bands and a free domestic bottle or well then you have no business going out. Look, the only way this could possibly be easier is of they paid you to come and the production schedule was “at your leisure.”

Regarding that downtown context, the Patio is all kinds of perfect for a live-music gathering. Occupying the cloister that was formerly Eye Spy and accessed via the back connector hall of Olde 64, the action happens on the floor in the courtyard under lights and the night air. Aw shit, and a bubble machine too!

Outdoor, urban and informal – there’s little more you could demand of a milieu.

As for the quality of music, without which none of this matters, the maiden showcase stepped out with a respectable local lineup. Notable and usually sweet indie-pop band Out Go the Lights showed enough surprising angst to sound like a band eyeing some new horizons. Two-piece act Slumberjack featured indie rock of raw emotionalism and melodic jags, even a little Minus the Bear-esque finger tapping. And Flashlights, do I really need to write more about these guys? Apparently yes, because they remain one of the best young bands to spring from here yet are still one of the most undersung even though some influential powers have signed on (e.g. Hard Rock Records). Well, they were great again. Look into ‘em already. 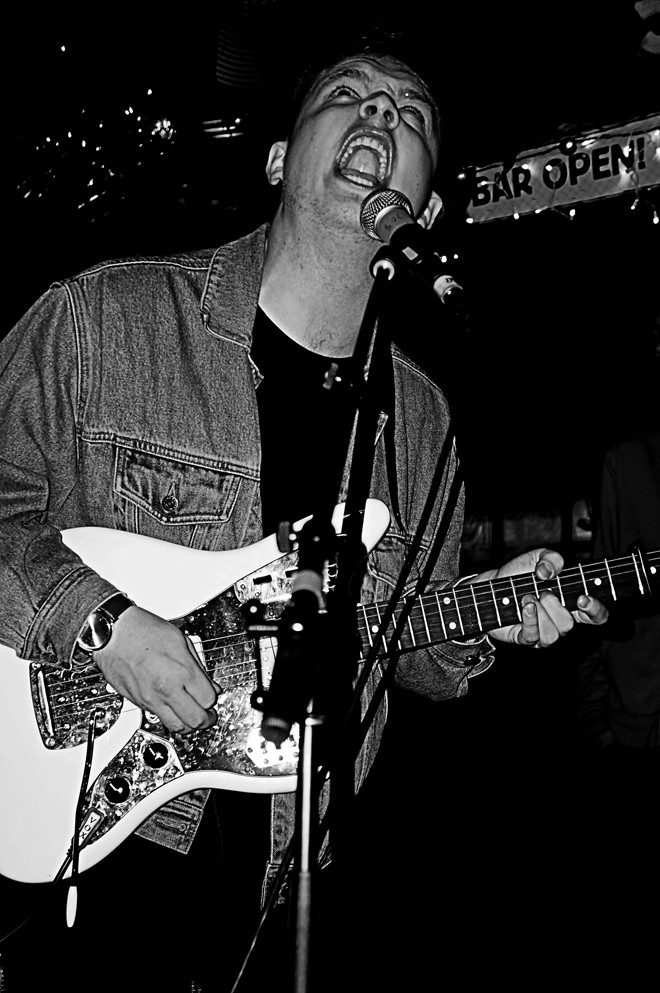 But this time, what happened around the bands is perhaps more telling about Punk on the Patio’s prospects. On that count, things look good. The turnout was healthy, tuned in and on time. People showed up early and came primed for live music. They moved, they sang along – you know, like a real live-music crowd. And that’s something because it doesn’t always happen here, even among the concert-going set. Without getting into that sadness, let’s just throw respect on the fact that this event accomplished that sense of event. 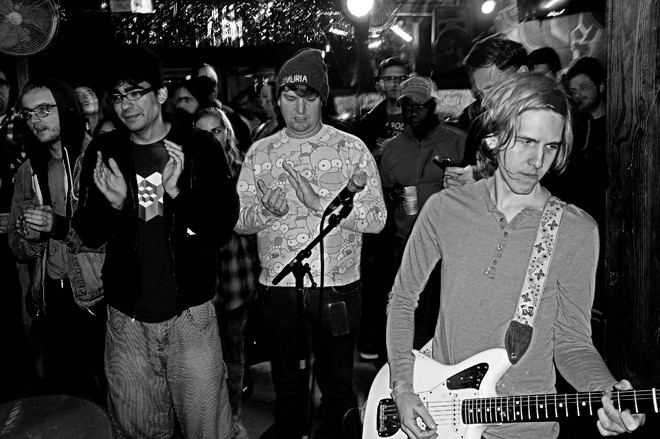 How much of the buzz and flash was just opening-night electricity remains to be seen, but the ingredients are there for this to be a legit happening. The bands were good and the crowd possibly better. POTP is bringing something new, local, live and inexpensive back to downtown. It may only be a small reclamation of downtown for live music but it’s a potentially great concert event series.

The next lineup’s already been announced and it’s solid with Wet Nurse, Tight Genes and Caffiends. Follow on the Social’s website (thesocial.org).