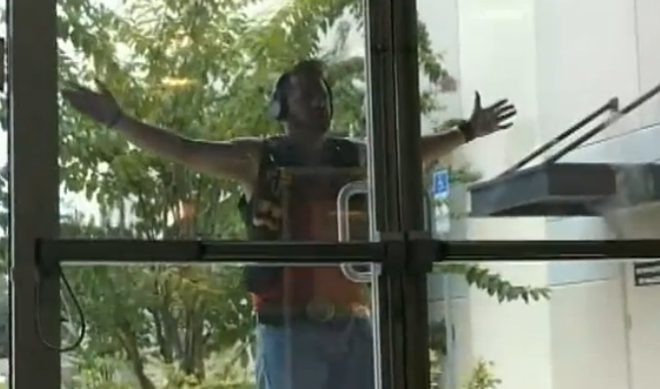 Video footage of an Orlando man's erratic behavior outside of the WWE Performance Center was released by WFTV today.

The video was taken by an unidentified person from within the center on Aug. 31, and depicts Armando Montalvo, 29, in the moments before he was shot by an Orange County Sheriff's Office deputy.


WWE sent out a statement regarding the situation last August:


Montalvo was previously arrested for trespassing at the facility Aug. 4, according to the Orlando Sentinel. Criminal records obtained by the Sentinel reveal that Montalvo has been arrested 16 times since moving to Florida from New York City, and may suffer from mental disorders.