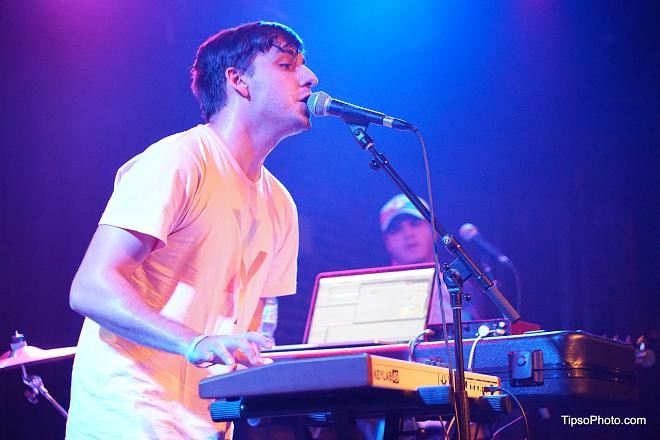 It’s a little hard to tell from his slick, marketable dance-pop but Brooklyn’s Skylar Spence has an interesting connection to the deep Central Florida underground. Prior to this guise, Skylar Spence mastermind Ryan DeRobertis was making music as Saint Pepsi. And while he was rolling under that litigation-baiting moniker, he was releasing luxe vaporwave jams on famously eccentric Space Coast label Illuminated Paths. He was one of the best, most accessible artists in the IP constellation so, naturally, his work couldn’t be contained and eventually caught surface fire, where the name change was only a matter of time. Now here we are.

Although he was one of the least oblique artists on the obscure label, I didn’t quite anticipate him landing in such openly pop territory as he did on his latest LP Prom King on Carpark Records. Any latent weirdness he still possesses is barely detectable behind the glittery disco-ball beams this from-scratch, highly vocal party record shoots off. But just when I begin to think that this electronic producer’s gotten square and predictable, dude shows up at his Orlando debut (Nov. 19, The Social) with a full crew of players and rocks it as a real band, again bucking my expectations. Judging from that pattern, forecasting this kid is looking more and more like a fool’s errand. So just climb aboard and take the ride.