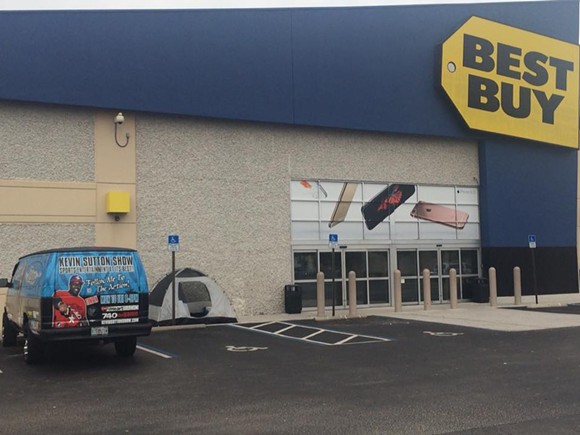 But this 37-year-old radio host hopes that camping outside the Best Buy on 1700 Sand Lake Road until Black Friday will do more than just nab him a low-cost flatscreen: He hopes it will bring attention to homelessness in Central Florida.

"I want to bring awareness to the homeless children here in Central Florida. They did a report just recently that 13,000 children are living homeless here. They get a lot of assistance at schools — y'know, the schools are giving them meals throughout the week — but what happens when they go home," said Sutton in an interview with News 6.

Sutton said that he was inspired by the attention he received during his Black Friday camping experience last year, which lasted 15 days. He's announced his support for Love Pantry, which distributes food and basic hygiene items to Orange County school, and will be accepting donations of food, gifts, toys and money for the organization during his stay.

While he's camped, Sutton said that he'll try to survive only on the food and water provided to him through donations.

Luckily, Sutton has access to the in-store restroom during business hours.