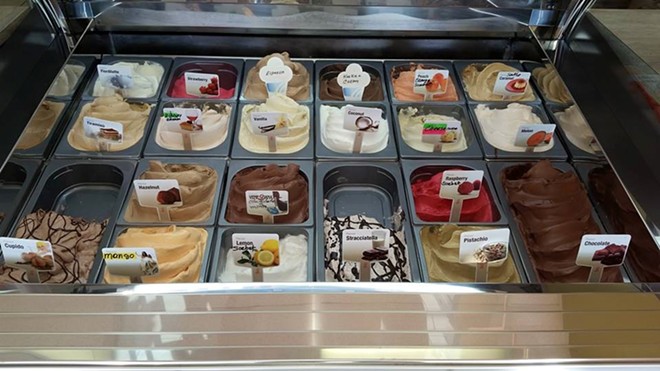 On Lee Road, La Gordita Loca has opened in the former Draft House Pub location. (No website or Facebook yet, but some intrepid Yelpers have been by.)

The fifth Giovanni’s Italian Restaurant has opened on Narcoossee Road in Lake Nona.

Sammy’s Gelato & Waffles has opened on Alafaya Trail near UCF.

Chef Jason Schofield (Maddey's Craft & Cru) will open This 'n That Eats mid-June in the former Alpine Cafe space in Ivanhoe Village. The eatery is being touted as a global sandwich, bakery and coffee shop, but will also feature Turkish and world street foods. 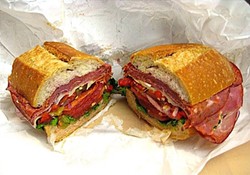 Also on Lee Road, look for Genoa’s Heroes to open any day now in the old Green Day Cafe space. They feature “over-stuffed subs” and if the pictures on their Facebook page are anything to go by, the bread looks legit.

Look for Tapa Toro (a "Tapas Bar and Paella Pit") to open at I-Drive 360 the second week of June.

Look for Fuzzy's Taco Shop to open near Seminole State College in Sanford by September, followed by more Fuzzy's-es in Sarasota, Tampa and Fort Myers areas over the next six years.

Look for Black Rooster Taqueria to open sometime in September. According to owner John Calloway, construction/renovations will commence next week.

And, of course, we're still waiting for that PR's to open in College Park.