New Jersey’s Screaming Females are becoming an inspirational tale of DIY success. After 10 years of grind, they finally returned to town as a headliner (Mar. 12, The Social) on the wings of a momentous album for them. Although the freshly released Rose Mountain is the first time the resolutely self-sufficient group has ever surrendered production responsibility to an outsider, it was to Matt Bayles, whose work with Mastodon, the Sword, Isis and KEN Mode certifies him as a producer who can seriously honor the guitar. That’s an absolute prerequisite for working with frontwoman Marissa Paternoster. The cleaner sound takes a little adjustment, but the result is one concentrated kick. 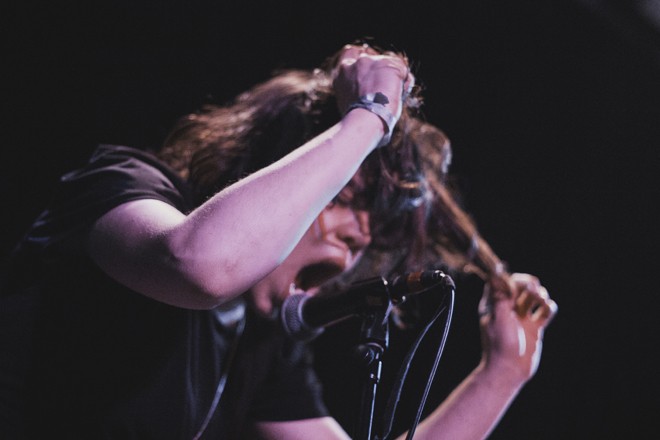 What hasn’t budged a single inch however is their live attack, which continues to stun. What Screaming Females are doing is taking classic rock virtue and filtering it through a punk lens. They’re taking some great tradition, boiling it back down to its pure truth and keeping it honest and essential. And did I mention that Paternoster is one of the underground’s beastliest rockers?


With an upcoming full-length debut scheduled for a May drop, opener and Don Giovanni label mates Downtown Boys are coming hard. Though young, the Rhode Island crew is a chip off the old ‘80s political punk block. They’re bilingual jazz punks with a big leftist chip on their shoulder, and they’re gunning for your hearts and minds with maximum fervor. Unlike fellow agitators like War on Women, there’s little humor or wit here, just straight, bludgeoning message. It's got all the finesse of a fiery freshman, but if you’re cruising for a head-on primer on how fucked up society is then meet Downtown Boys. 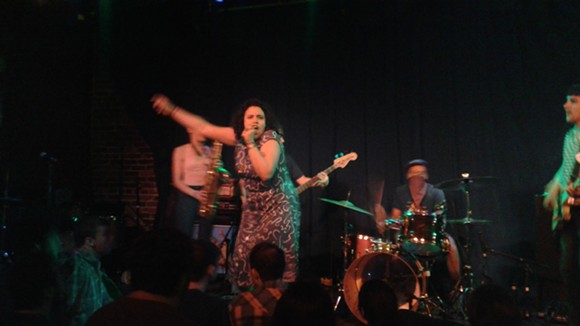 « A dozen new spots to wet your beak…  |  This Little Underground: Murder by… »