Nostalgia trip: The 5 extinct Walt Disney World attractions I miss the most

Nostalgia. What a mixed-up bag of emotions. I would venture to guess that it’s the reason most of us Disney freaks cling to this multinational conglomerate-slash-happy place. That’s the rub: the reality that “Disney” isn’t a memory, it’s a business, and sometimes the bitter truth is that your favorite part of a dynamic puzzle can go missing.

Which leads us to five of the things I miss the most at Walt Disney World in Orlando. This list is very Epcot Center-centric, strictly because this is where I feel that the Walt Disney Company has most lost its way. What once was a vision of an optimistic tomorrow is now a wasteland of character retreads and drunk dads. 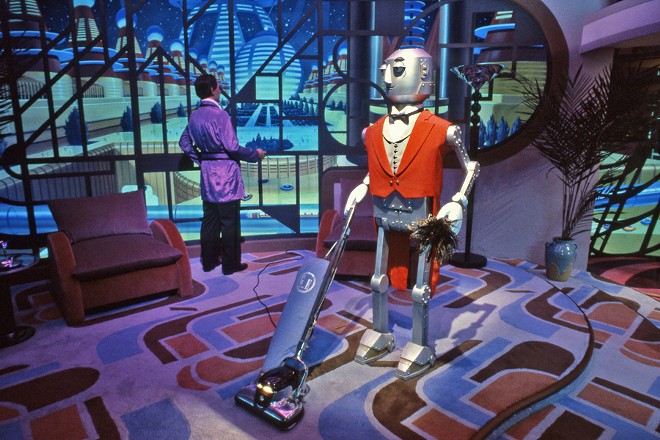 Horizons
(Oct. 1, 1983–Jan. 9, 1999)
Oh, Horizons. We were best pals. You showed me what oranges smelled like. You made me dream of robot butlers and video conferencing. I’m pretty sure I thought Jules Verne was boring until I met you. I will never love another attraction the way I loved you. You shall not be forgotten. Universal will never do screens like you did screens. Harry Potter is a jerk anyway. 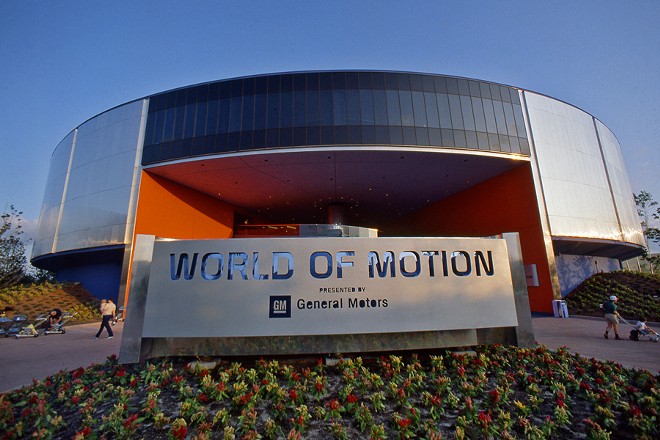 World of Motion
(Oct. 1, 1982–Jan. 2, 1996)
Really, this is the first Epcot Center giant that they took away from us. And for stupid Test Track! There were like a gazillion audio animatronic characters in World of Motion who predicted what cars would look like in the future. (Apparently, kind of like third-generation Saturns, so …) 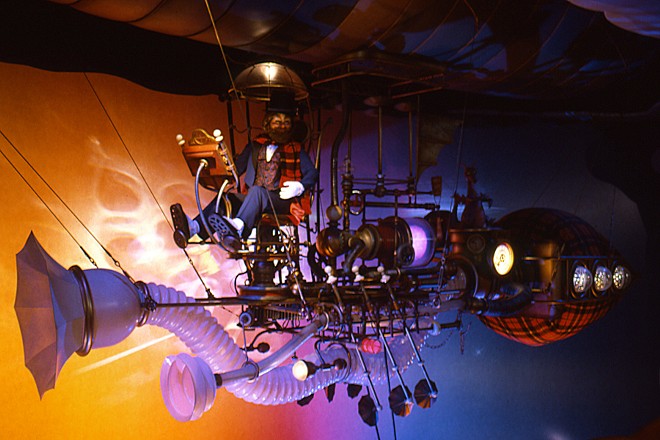 Journey Into Imagination
(March 5, 1983–Oct. 10, 1998)
I know there’s still a ride at Epcot with a purple dragon named Figment. Don’t fall for it. I am having difficulty even writing about the travesty that is the removal of the original Journey Into Imagination. They have tried twice to re-create the whimsy and wonder of the original and have failed mightily in each attempt. This is like when your favorite cousin went away to summer camp and came back a total dick. It sucks.

If You Had Wings
(June 5, 1972–Jan. 3, 1989)
Now I’m really starting to show my age. This relic was actually a precursor to a lot of the Epcot Center-style rides. Speedrooms, Omnimovers … I loved it. Having my mother sing this theme song incessantly to me during our family trips is still one of my favorite Disney memories. (Love ya Ma! Ya big goof!)

Maelstrom
(July 5, 1988–Oct. 5, 2014)
This one is for all of the young Disney fans out there. Let Maelstrom be a cautionary tale for you. Take notice: They WILL close your favorite ride and replace it with whatever is popular at the time. You are not the first to pass this way, but hopefully you shall be the last to have your hearts crushed by a mouse.