New changes make Oscars fairer, except where they don’t

So, how excited are we about the latest changes to the Academy Award voting process?

Pretty excited, apparently -- if “we” are Deadline’s Pete Hammond, who can’t be alone in Hollywood in lauding the fresh sense of suspense the rejiggering of the Best Picture category should bring to the proceedings. 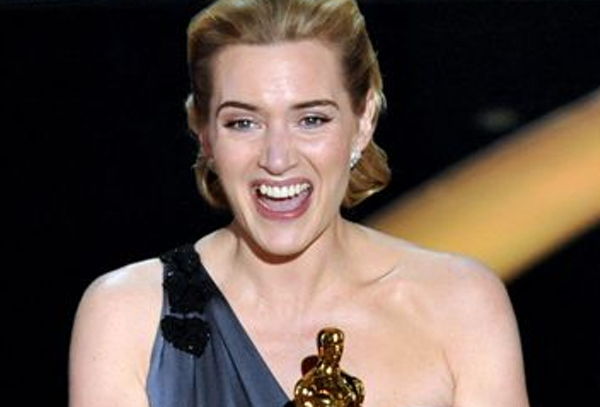 In fact, the shakeup is such a wise move on a number of fronts that it almost made me forget that these things are supposed to be more about recognizing and honoring drama than creating it.

A swift recap: For next year’s Oscars, there won’t be a set number of Best Picture nominees. Not five, not 10; the Academy will simply nominate the number of films that warrant it. The yardstick is a minimum 5 percent of first-place votes, meaning that popular second and third choices will have a more difficult path to the podium.

That’s a good idea -- not just because it will keep the public guessing as to the eventual nominees, but for a tangentially related reason. See, with no set number of nominees, there should be less temptation to apportion them into the standard Oscar categories, including Holocaust/Jewish, Full Retard, Epics Over $300 Million, Condescending Rural Ennui, and Sci-Fi So Self-Important Even We Couldn’t Ignore It. From now on, there’s less impetus to fill those slots, because they no longer technically exist.

(“But they never technically existed!” the earnest reader protests. To which the observant Oscar watcher can only answer, “Yeah, right.”)

The first sour note, though, is sounded when one scrolls down a bit within the Academy’s official statement and finds this little nugget of “insight”:

If there are only eight pictures that truly earn that honor in a given year, we shouldn't feel an obligation to round out the number.

Hey, fucknuts! The problem isn’t that there are less than 10 worthy pictures in any given year; the problem is that you only choose to see the ones with Jeff Bridges in them.

The oboe-like strains of unease become a full-on symphony when one delves into the concurrent changes to the “Best Animated Feature” category. Oh, sure, that category has now been made an annual staple (like anyone felt it wasn’t in the last few years anyway); the rub is that a certain number of animated flicks have to be made per year for a certain number to get nominated.

In other words, the Academy is freely admitting it’s grading these things on a curve, not according to their individual merits.

Let’s say that only eight animated features are released next year. (Sure, it’s not likely to happen; but for the sake of argument, imagine that the entire staff at DreamWorks Animation wakes up one day, lets out a Bugs Bunny-style cry of “What are we DOING?” and quits the biz en masse.) If all eight of those films just happen to be all-time classics, six of them are simply shit out of luck.

That, of course, is profoundly unfair. And you don’t have to been raised on Baby Einstein to foresee its inevitable outcome: lots more crap to go around! Because if any one picture’s chances of scoring a nomination depend upon how many flicks are out there to begin with, that just ratchets up the incentive to churn out cartoons like Happy Meals are going out of style. (As if the public-service aspect of propping up David Schwimmer’s “career” with voiceover work wasn’t enough.) And cross-referencing Gresham’s and Murphy’s laws, we see how paradoxically putrid the results of such a gold rush might well be.

Maybe I’m being cynical. Maybe Hollywood will respond by simply making more quality animated films. Maybe they’ll realize that indiscriminately making the pie higher does no one any good, and that their faith is better placed in Aristotle’s rules of storytelling than in the law of averages. Maybe this new ruling will inspire everybody to do better, more meaningful work, rather than just throwing ink at the wall to see what sticks.

That’s what this little bluebird on my shoulder told me, anyway. Then he farted.